Unknown Songs From Ubuweb That Will Bend Your Mind - part 3 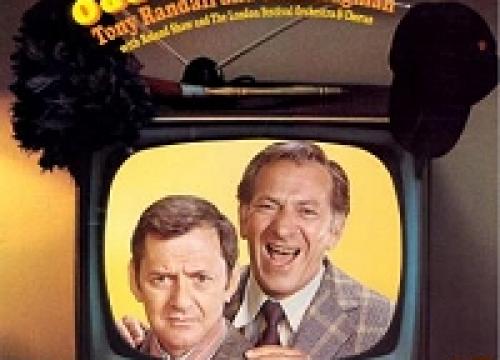 Continued from part 1 and part 2, here's some more unknown songs from the Internet archive of outsider art, Ubu.com. Ubu has run a project called "365 Days" where they invite a guest poster to submit the weirdest, strangest, and most obscure song they can possibly find. The result is a gallery of the bizarre, mind-blowing in its sheer other-worldness. So visit with us again the Twilight Zone of music collections, as we pick our personal favorites, and let your sense of wonder be stretched to its limits!

There's that unmistakable voice, in this freakishly unfamiliar context. But really he's just acting out prose, accompanied by an unidentified female singer. This is dated 1986, according to the thrift-store-hunter who submitted it, which gives us a clue about its origin. The single actually peaked at #75 on the UK Singles' chart! Hopkins might have briefly dabbled in a music career, like many actors (and many more), but made the move more for the publicity than artistic merit.

Suggested listening: On the B-side after Dschinghis Khan's "Moscow".

Considering how much Dschinghis Khan's 1980 hit tore up the English-speaking web, we expect that this, too, will become a popular earworm as soon as the Internet at large discovers it. Just as we're done laughing at the description of its discovery on Ubu ("the Chicken Dance crossed with the Macarena"?), we discovered this poor, threadbare little YouTube poop with a pathetic 549 views, as underrated a genius as ever there was:

Where are our social media submitters? Make this go viral, IMMEDIATELY!

Suggested listening: On your next vacation in sunny Arrakis.

Yet another corporate musical number. And these things are fascinating for their culture and history value, so don't diss them too hard. GE put out a whole musical for corporate exposure at conventions and whatnot, and actually produced it as a film. Now, if John Waters ever does a black comedy film set in the background of the computer industry, we hope this Industrial Gothic masterpiece becomes the closing theme as the nanobots take over the world.

Suggested listening: God made this to be your ringtone.

From the previous over-sexed entry to... this. It's worth your while to savor this moment of discovery. Pause before you play it. What are you anticipating? A rap? A country song? Something bluesy by the Arrogant Worms, perhaps? Maybe a Weird Al Yankovic song? Something from South Park? With a title like that, this could go just about anywhere.

Brace yourself, because this tops every horrible singing-actor example you've ever heard. This breaks the record, sets the bar higher, defines a new standard, revolutionizes everything you've ever known about terrible singing actors. And this is just one song; there's a whole album of them on that Ubu link just waiting for your perusal! "Quincy"'s vocals defy description, but "like a toad choking on thorns" is close to what it is.

Suggested listening: Sexy times or your next tailgate party, your choice.

To cleanse your palette of the previous entry, here's an actually decent work of minor genius, as a wild jazz man appears and relentlessly thumps his piano hook into your cerebellum. This reclusive closet Renaissance man was apparently a polymath of many talents, ranging from art to mathematics. Visit that link at Ubu and ponder this great, unknown fellow, who will never get his proper due. Yet we, as a culture, waste our time clicking on LOLcat images and watching Kardasians, as if that were all there were to the world, as we melt into our armchairs in a stewed torpor of melancholy ennui, bitterly complaining that there is nothing new to hear.

Remember the lesson of Bob Vido, Horatio - swear by my sword! - there are more things in heaven and earth than are dreamt of in your philosophy.