5 Albums That Redefined Their Genres 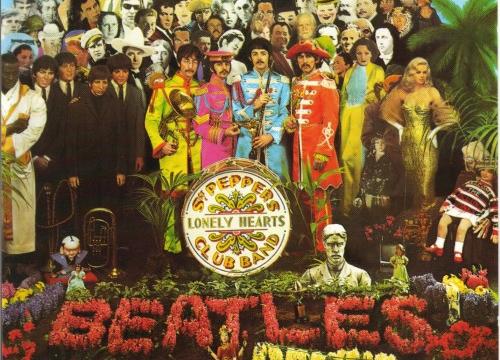 When you take a snapshot of a music genre at any point in time, it’s easy to take it for granted.  We assume that that’s the way it is, the way it always has been, and that things will continue more or less in the same fashion.  Those with longer memories, however, can point to pivotal moments in popular music, when a certain album changed everything for those who would later follow.

Here’s a look at 5 albums that made their genres what they are today:

When writing any music history article, it’s best to get the Fab Four out of the way at the start.  While it may not be regarded as their “best” album – the White Album or Revolver might have made more waves – Sgt Pepper stands out in the way that it turned pop music into a viable product that big companies and governments started to take seriously.  In addition to this, it also made pop music stand out as an art form, whereas it was previously thought of as a fad or a fringe movement.

Sgt Pepper’s Lonely Hearts Club Band made it possible for people making pop music to have a career besides “bartender”.

Without it we wouldn’t have... any of the pop music we know today, at least not in any recognizable form.

Your dad might have called him a weirdo, and it’s tough to find anyone born after 1980 who will say they like his music and look you in the eyes at the same time, but when Prince unleashed Purple Rain, with its signature title ballad, he changed a lot of things for a lot of people. He fused melodic jazz-pop with ball-crunching Hendrix-style rock, and this album is a journey through genres.

It isn’t exactly clear which genre Prince affected most with this album, but it has left its mark on commercial rock, pop, R&B and soul.

Without it we wouldn’t have... Janet Jackson, Christina Aguilera or Beck

Everybody loves Bob Marley.  You can’t play one of his songs anywhere without instant recognition.  Ironically, this was the album that the Western world wasn’t meant to hear at all.  It wasn’t their sweet, soft guitar reggae that everyone thought was “reggae” at the time.  It was a little bit loud, a little bit basic, and a little bit angry with white people.

While Bob Marley would manage on his own down the line, this album can be pointed at when someone asks, “what made him a star?”

Without it we wouldn’t have... The Skatalites, The Uptones, or The Clash.  No Dancehall as we know it, and no dubstep.

These days, an album that’s only 30 minutes long isn’t even called an album. Before they started calling it “heavy metal”, this was simply rock, taken to its extremes.  It played on adults’ fears of Satanism and devil worship, but really it simply delivered Toni Lommi’s chugging guitar, Ozzy Osbourne’s shrieking vocals and the ponderous tempos that shaped most stadium rock of the 1970s and 1980s.

Without it we wouldn’t have... Metallica, Tool, Pantera or Dream Theater

Marvin Gaye wore a tuxedo, and sung in dulcet tones about how he had already taken your woman, and there was nothing you could do about it. So nobody expected him to make a protest album. He was angry about how people lived in the ghetto, and about how young men were being sent off to fight an immoral war in Vietnam.  He wanted to raise awareness about the Civil Rights movement, and with his falsetto lyrics double-tracked over swing rhythms and upbeat guitars, he “ushered in an era of socially aware soul.”

Without it we wouldn’t have… Stevie Wonder’s Innervisions, or Gill Scott Heron being taken so seriously