Unknown Songs From Ubuweb That Will Bend Your Mind - part 2 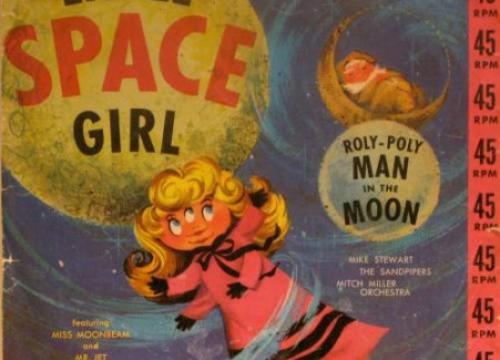 This series is about the mysterious, unconventional, and bizarre world of Outsider Art. Sparked by station WFMU / Ubuweb's "365 Days Project", this is our hand-selection of the most remarkable audio recordings from that project. All of the songs we're going for here are both quality productions, and exceptionally weird. The songs which, in short, amaze us the most simply by existing.

Suggested listening: Have a 1970s' theme for your next Oktoberfest party.

What, you think disco polka is weird? By the time you read through our whole series, you'll look back on disco polka as hum-drum ordinary. But give them a listen, and you'll have to admit that it is without a doubt the best disco polka you've ever heard. See, you've discovered a new genre you never even knew you liked! This one was a golden thrift store find.

"The Time Of The Singing Of The Birds" - Merv and Merla

Suggested listening: Drive your cat crazy with it.

Here's a cover shot of the album described. Well, on the one hand, this is one knock-out choral arrangement of bird-like sounds. Not trying to actually do impressions of bird songs, mind you. On the other hand... it's charmingly dopey in that '70s Flower-Power we-can-do-whatever-we-want-because-we're-Baby-Boomers way. Really, it's just over a minute long so it's not so bad, right? Best described as "batty, but charming"... a phrase we will return to in this series.

Suggested listening: Does David Lynch have children yet?

This hearty novelty song, clay from the same pot as "The Purple People Eater" and "Witch Doctor", uses the same trick of speeding up the tape to make one voice high and squeaky. But out of all the Chipmunk-voiced novelty songs, this one is definitely the most other-worldly. There's something about mixing country-western in instrumentals with outer-space lyrics that just pulls in the weirdness of American kitsch, doesn't it? Oh, and how does three lips work? *shudder*

"My Bathroom Is A Private Kind Of Place" - American Standards

Suggested listening: On your headphones in the john.

Making faces at your face, in your very special room. This song has taken on an underground cult status since the Internet found it. We just think John Waters needs to use it in one of his films somewhere along the way, and then the cosmos will be complete. This is your introduction to "industrial music", music produced by a corporation for marketing, advertising, or convention purposes. And sometimes just for kicks. American Standard Corporation, makers of plumbing fixtures, produced a whole album of bathroom music, with no sense of irony whatsoever. We'll be examining a few industrial songs along the way. Just... listen to this... it exists. Where you wash and cream and dream...

Suggested listening: On your headphones when you're on the Disneyland teacup-and-saucer ride.

Now, these two songs are enough fun on their own, but while you listen to the guy with a voice like iron bellows, think about the song "You're A Mean One, Mr. Grinch" from the animated TV special How the Grinch Stole Christmas. Oh, and the voice of Tony the Tiger from the cereal commercials. They're all the same guy: Thurl Ravenscroft, the voice actor with the deepest baritone in the business.

Impressed? Enjoying it? Come back next time...