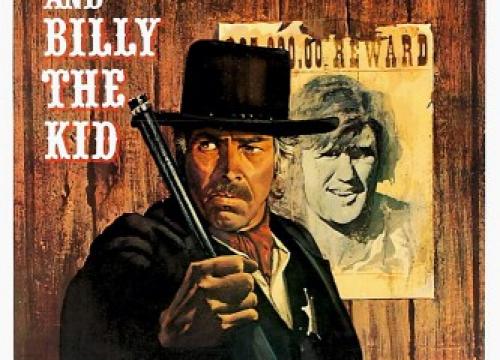 Some films are content to keep music in the background, either by re-purposing popular songs, or recycling classical music (we're looking at you, Stanley Kubrick). And it's of course nothing unusual for a music artist to work in studio session work, including film scores, before they "make it big". But in some cases, already-famous rock stars turn their hand to composing all or part of a film score. It can be a big-name draw for a film, big money for the artist, and sometimes produce an unusually good fusion between the two media...

At the time of Disney's The Lion King, it was a very big deal that Elton John (in conjunction with Tim Rice) was writing songs for the project. "Can You Feel The Love Tonight" was the biggest enduring hit from that project. He also wrote several of the songs for Dreamworks' The Road to El Dorado (again with Tim Rice). In fact, Elton has worked on the soundtracks for several films. By the way, Elton also did studio session work before he hit the big time... and after he was turned to for the position of lead vocalist by prog rock bands King Crimson and Gentle Giant!

Not to be outdone, the other superstar piano rocker also did the soundtrack for Oliver and Company.

Another well-known rock-star soundtrack is 1986's Labyrinth. Bowie not only composed and performed the songs, but played the Goblin King himself, in memorable scenes that the Internet is still meme-ing to this day. (hint: Google "the area" "david bowie") Surprisingly, he didn't do the score for The Man Who Fell to Earth.

Dylan didn't score much, but he did provide songs for Sam Peckinpah's 1973 Pat Garrett and Billy the Kid, where Dylan also played a co-star part. Not to mention the most famous song from this film, "Knockin' On Heaven's Door", which seems to be one of the most-covered songs in rock.

RZA wrote some original music for Kill Bill vol. 1. In fact, he got four nominations for awards for his work in the Kill Bill soundtracks, winning one. However, what everybody really remembers is the irresistible performance of the 5.6.7.8's in the "House of Blue Leaves" act - they're the Japanese all-girl act doing "Woo Hoo", staying barefoot because, hey, you might as well appeal to Tarantino's famous foot fetish if he's going to discover you and make you overnight stars.

They produced and performed with Olivia Newton John the music for 1980's Xanadu, a film with a pretty notorious turkey reputation otherwise. They never did another soundtrack.

For the soundtrack for Stephen King's Maximum Overdrive, which today is the best thing anybody remembers about that film.