Censored by History: When It's Too Soon To Sing About It 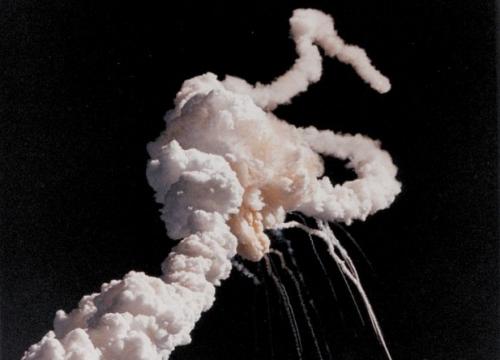 A natural hazard of any creative enterprise is when the real world throws a monkey wrench on your creative product. If it hasn't been released yet, you're lucky; you can scramble to rewrite things to work around the event. If it has been released, you're stuck apologizing for it.

A related anecdote: The Coldest Place was the first short story published by science fiction author Larry Niven in 1964. It details a space expedition to a frozen wasteland planet, which is revealed to be Mercury, ironically. The reasoning then was that the planet was believed to be tidally locked, so the side that never faced the sun would be frozen solid. Later it turned out that Mercury does rotate, leaving the whole premise of the story null. Niven has apologized for the gaffe throughout his career, and then in November of 2012 - days ago as of this writing - it was discovered that Mercury has ice after all, at the extreme poles in the bottom of craters which never see the sun. Niven is expected to hold a press conference apologizing for his apology any day now.

You see how reality keeps messing with you?

Anyway, back to music examples:

A great country and western number by Billy Joe Royal, this was a sure hit that would have had enduring popularity - if it hadn't come out in late 1985 and been climbing the charts in January of 1986, when the Space Shuttle Challenger disaster happened. Suddenly, Royal's song sank from radio play just as quickly.

The song, about the executive levels of the music business, contained the lyrics "Even Kurt Cobain and Axl Rose, when I call you put them all on hold." Guess who's suicide in April of 1994 kind of changed the meaning of that line? Weezer censored Cobain from the lyrics and substituted naming the members of Guns 'n' Roses, but later left the line intact in live performances in 2010. Oh, and Kubain's suicide actually caused one of his own singles to be pulled: "I Hate Myself and Want to Die" would have been the B-side to "Pennyroyal Tea" in 1994. Cringe, cringe.

The song was released in 1989, but remained popular on radio stations throughout the Big Easy. However, Hurricane Katrina caused DJs to pull the song from radio play in October of 2005. Especially prophetic are the lyrics: "New Orleans is sinking, man, and I don't want to swim." Along with this, other songs were pulled from radio airplay during the aftermath of the disaster, including "Walking on Sunshine", just because the name of the group was Katrina and the Waves.

A special subsection just for the US World Trade Center attacks on September 11th, 2001:

"Disciple" - God Hates Us All by Slayer

Never one for subtlety, Slayer released this album on the day of. The lyrics such as "Strive for peace with acts of war," "Pessimist, terrorist targeting the next mark; Global chaos feeding on hysteria" and "Self-destruct human time bomb" really cut to the bone here. And the lyrics "Man made virus infecting the world": remember the anthrax scare right afterwards?

The punkishly anti-folk band The Moldy Peaches also had the bad luck of a 9/11/01 release with an unfortunately too-appropriate song. The same album also had "Anyone Else But You," a huge hit that found its way into several film soundtracks.

"All Mixed Up" - Red House Painters

You've gotta see this, because we have prime conspiracy theory fodder right here. A black and white video released in 1996 has a fairy flying around New York in a seeming state of panic and distress. Right at 2:06 in the video, she's shown crying with crystal tears on her face... what's those two buildings in the background over her left shoulder? An arty concept video for an alternative band's indulgences... or a prophecy five years before the fact?