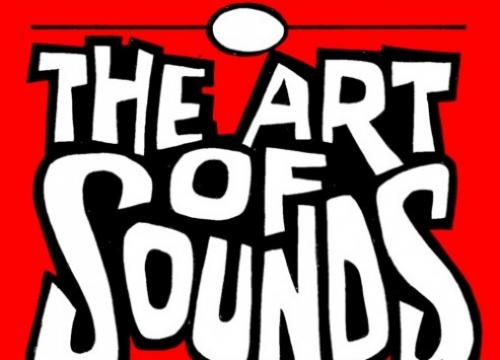 Oh, so you think you're plugged into the Indie scene? You like alternative rock? Yes, but beyond the very fringes of the alt/indie scene is an experimental universe called "avant-garde" and the weed-grown backyard of that house is the underground and outsider art movements. And since these spheres are deemed "not commercially viable" by The Crony Powers That Be (who think they can tell you what's art and what isn't), there's not a lot of distribution points for this kind of work. It just ends up in its own kind of "dark web" twilight, here and gone like a GeoCities page.

So one organization is serving as a counter-point: UbuWeb is an online, private organization - not even a non-profit, mind you, but just a group of curators - bringing the world of avant-garde, outsider, and underground art to the public. They have an extensive wing of audio art, including the spoken word and speeches, lectures, and all manner of recordings...

Now, this isn't the place to go if you want party music you can dance to. This is the place for those who seek the intellectual stimulation, together with the child-like sense of wonder, of discovery. Contained herein is thousands of reaching, questing minds who turn art into science and back into art again. There's always some new aural curiosity to stumble upon.

There's interviews with Marshall McLuhan; pieces from the experimental musical ensemble The Scratch Orchestra; the entirety of Abbie Hoffman's album Wake Up, America!; the Los Angeles Free Music Society's broadcast of Close Radio of 1977; the art film Scorpio Rising featuring a soundtrack composed of Elvis, Ray Charles, Ricky Nelson, and more; video performances of Roulette TV; the entirety of the CD that accompanied Greil Marcus's book Lipstick Traces: A Secret History of the 20th Century featuring many performances by the likes of the Buzzcocks, The Clash, and Kleenex; readings of the poetry of Ezra Pound; and an archive of Tellus, the audio-cassette "magazine" of the '80s and '90s that published cutting-edge music.

And that's just from five minutes of exploration - you could do this for years and still find something you've never heard before.

You will not find Top-40 pop here. You will (usually) not find the kind of artist who's invited onto Good Morning America. Dick Clark has never heard of most of these people. Hipsters will spill Pabst Blue Ribbon all over themselves at the mention of half of these names. Much of this music has been protested, banned, censored, and contested by the culture-bullies who march under a flag and brandish a holy book. Billboard magazine has no jurisdiction here. A lot of these sounds will distress your mother, gross out your date, and bewilder your dog. Warning: Exposure to this archive can have the side effect of freeing your mind, inspiring your creativity, opening your horizons, and teaching you things the industrial-military complex never wanted you to know.

But it got you out of your rut, and perhaps even intrigued you with a view into an alternate universe. You're welcome!