Nothing Music : The Liminal Space of Corporate Sound 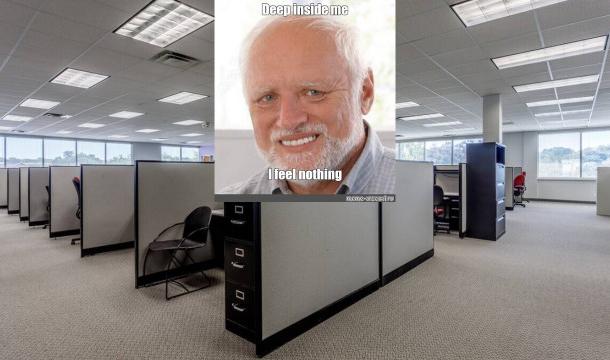 At Lyric Interpretations, we attempt to delve into the deeper meanings of music. Any song is fair game for our lively discussion board as we attempt to decode the mystical language of song lyrics, arguing out what, exactly, a song is saying.

But what about the case where music says nothing? More specifically, when music is deliberately created to say precisely nothing? Who would listen to such drivel, and who would be possessed to create it? Well, the answer is that you, dear readers, listen to this drivel all the time, and corporations produce it to gaslight you into thinking something important is going on.

The excellent YouTube channel Tantacrul dives into novel and interesting aspects of song-writing and composition. Ironically, one of his most popular videos is about Corporate Music, which is carefully engineered to produce one or two vague hints of feeling while saying nothing at all. Learn more about this subject than you ever thought possible with this deep dive:

U2 fans may need a trigger warning!

The point of Nothing Music is just to fill space in the background of TV commercials, radio ads, training videos, telephone "hold" music, and office-bound media for any purpose - including many YouTube videos. As Tantacrul keenly observes, the sole purpose for Nothing Music to exist is that the alternative is silence, which nobody wants. But you also can't pitch a corporate message over actual music, because then the background overwhelms the foreground.

The solution is Nothing Music, an automatically generated kind of audio spam which is pumped into every media space we can find. When music isn't specifically trying to be nothing, that is, when it needs to change its tone to pitch a message, it settles for one of these plausible, but banal, emotions:

Once you become aware of Nothing Music, it inspires its own curious fascination and you start seeing it everywhere. There's another relative of Nothing Music, which is the political campaign music you find in ads. This is a mix of patriotic themes, bright and hopeful themes over the candidate and their agenda, and dreadful doomsday music over the opposing candidates and their agendas. 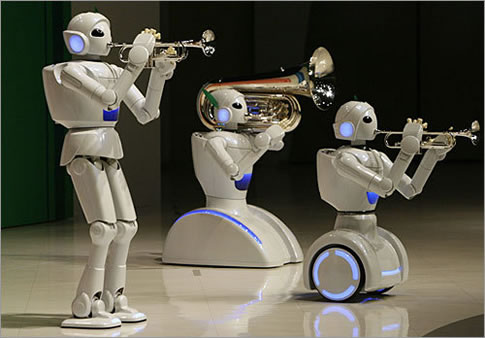 Nothing Music is Easy To Generate!

Despite having no musical training of my own, I have taken to creating Nothing Music whenever I reach out of my blog beat to produce some multimedia content. Lately, I've been part of a little artist clique on Twitter where we produce bizarro fiction and have it narrated by Orson Bennett, a professional voice-over artist; backed by just enough soundtrack to fill space without calling attention to itself. This dumb little outsider-art piece written by yours-truly is just the right example.

That looping repetitive blues guitar lick is mine. It's just there to give the reader a beat to follow and add a jazzy note to the text. There are dozens of apps for generating and composing synthesized loops like this, so Music Maker Jam is as good as any for me. It's quick and easy to use, capable of producing full songs if you're so inclined. It's a free app with downloadable SFX packs, so for a few dollars you have a library of instruments, beats, and chords to work with.

This isn't a pitch for Music Maker Jam; I'm just saying it's adequate for my needs. I count as the least-informed kind of opinion on making music, because I just don't do it. Composing on any synthesizer loop generator app is just a matter of punching a few buttons and saving the results. I don't want a Grammy; I want a safe, palatable, ninety seconds of filler music for an intro at the beginning of a video, then I want it to be immediately forgotten. Mission accomplished!

Vaporwave is Just Nothing Music at the Mall

There are of course a bazillion "wave" genres out there now, all perpetuated off our modern need for minimalist mood music that stays in the background without calling attention to itself. Vaporwave was simply one of the first, and remains popular, but not for the usual reasons that a music genre is appreciated. Vaporwave is simply mall Muzak, piped in to shopping spaces to make them positive, comforting, and inviting.

But it's deliberately filtered to be low-fi and glitchy. This is because, well, malls are all dying, and in our post-prosterity America with its late-stage Capitalist hangover, the music now expresses a wistful nostalgia for the days when our worst problem was finding a cute outfit at the Galleria. And yet, what a mundane daydream that is! To be safe in the bosom of a corporate retail hivemind - this is the best state we hope for? Vaporwave music holds that note of irony as well. Oh, to be a barcoded product on the shelf again!

Corporate Music Was Once a Lot More Awkward

There is no justification for the sadistic segue I'm about to inflict on you, except that no discussion of corporate music is complete without regurgitating this trend from even farther in the past: The Industrial Musical!

How this abomination came about: trade shows and conventions where businessmen congregate. Before the Internet, if you had a product or service which was not for the general public, but only to be sold to other businesses, your advertising venues were limited. You had trade magazines and trade shows, that's about it.

Corporations in the 1950s up to the 1980s had a trend where they would set up a full scale musical to showcase their company culture. They didn't cheap out and hire local wedding singers, either, they hired top billing talent off Broadway.

There's a lot more to read about this fascinating, lost chapter of music history, but we'll let you follow the references in that Wikipedia link. We'll just close with a few examples of Industrial Musicals:

American Standard (1960s) : "My Bathroom Is A Private Kind Of Place"