And This Was Before 'Guitar Hero' - Songs related to video games 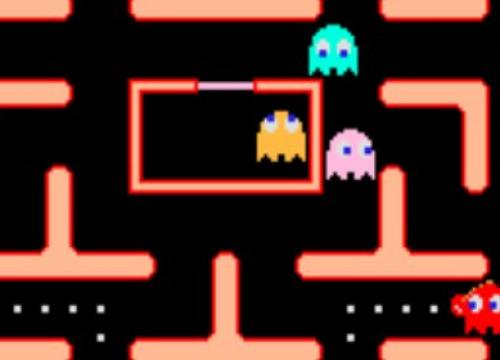 When it comes to the impact of the computer age, nobody saw video games coming. Even the greatest science fiction writers, as late as the 1960s, didn't foresee that a whole new category of recreation was on the horizon. The closest any of them came is the occasional steampunk tale of a chess-playing robot. When you consider how titles like Pac Man, Mario Brothers, Final Fantasy, World of Warcraft, Farmville, Tetris, and most recently Minecraft have saturated popular culture, you'd expect that we have a lot more songs about the electronic entertainment medium than we do.

Ellen McLain is actually a voice actor who played the sardonic, insane, and homicidal artificial intelligence program GLaDOS in the 2007 video game Portal. But the game designers surprised her with the song they wrote for the ending. GLaDOS, in the form of writing a journal entry, sings this as it reveals that it's not been destroyed after all, despite the actions of the player, and merrily asserts that everything has gone according to its plan. Notable for being the most popular song from a video game, even hitting the mainstream and catching on with people who'd never played Portal.

In 2011, "Baba Yetu" became the first theme music from a video game to win a Grammy award in the category of 'Best Instrumental Arrangement Accompanying Vocalist', for the video game Civilization IV. The sweeping arrangement, composed by Christopher Tin, is a masterful capturing of the scope of the game where players compete to build a nation that conquers the world.

The most successful song about a video game, this novelty ditty about the yellow dot-gobbling fiend rose to #9 on the Billboard Hot 100 in 1982. By the way, the same group tried to match their success with follow-ups including "Do the Donkey Kong" and "Ode to a Centipede," but it didn't chart. Game over!

Probably the most famous artist to make a song with a title named after a video game, this song is from the 2008 album Who Killed Amanda Palmer?, by Amanda Palmer (of Dresden Dolls fame). It seems to be a riff on video game fans who live in a virtual world but have no clue about the real world, with the difference between being good at a rhythm game and playing a real instrument as the metaphor. It's dark, edgy, grim, and bombastic, but what do you expect from Amanda Palmer?

Probably the most famous musician to be hired to write music specifically for a video game. While the Quake soundtrack doesn't have an official name, it did boost Trent Reznor's popularity in the early days of his career, as gamers began to wonder who made this ambient noise that went so well with gibbing shamblers and vores. As an extra tie-in, id Software designed the crates of nails (ammo for the nailgun) with the Nine Inch Nails' logo visible.