What On Earth Happened To ABBA? 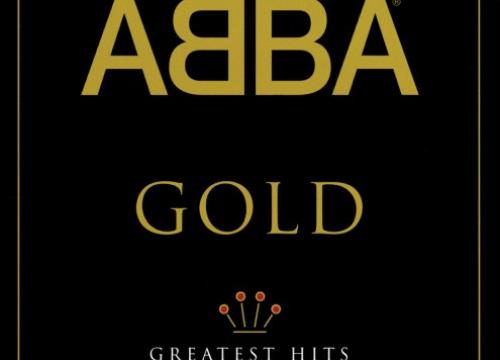 Search the Internet for a list of top-selling music artists of all time. You won't be very surprised by the list. In the category of artists who have sold 300 million+ records, we see many acts that are still household names today: The Beatles, Elvis Presley, Michael Jackson, Madonna, Elton John, Led Zeppelin, Queen...

And then there's the acts who have sold less than 300 million, but more than 200 million records. And we're back in household names: Mariah Carey, Celine Dion, Pink Floyd, AC/DC...

Wait, ABBA who? Because younger generations have never heard of them. But older generations remember when ABBA songs ruled the airwaves, only three decades ago. Like a lost civilization of Mayans, they didn't gradually fade out or die off, but abruptly vanished from the cultural scene. One minute they were everywhere at once, and the next they disappeared, never to be played on the air again.

Isn't that freaky? Another distinction for ABBA: They were the only members of the 300-million-record club to not be from either the United States or United Kingdom. They were from Sweden. In fact, English-speaking countries (US, UK, Canada, Australia) continue to dominate the list of top-selling artists, past the minor exception of U2 (Ireland speaks mostly English, but their official language is Irish, so they kinda qualify as English-speaking). You have to get to Julio Iglesias, in the 100-million-album sales, before you find an artist from another non-English-speaking country (Spain).

Wow, ABBA was really unique! They actually didn't take off to worldwide fame until 1973, and then they kind of called it quits by 1982. For nine years in business, they made a heck of a deep mark.

Now, some people might say "Well, they broke up in 1982, of course they're forgotten today." But The Beatles hung it up in 1970, and who couldn't name all four of them today? But who can name an ABBA? Anybody? They were Agnetha Faltskog and Bjorn Ulvaeus, who were also a married couple, and then Benny Andersson and Frida Lyngstad, the other married couple. Two men, two women, two marriages. Not many bands like that, are there?

All four members are still alive today, some even plinking along with solo careers, and in fact they never officially broke up so much as just wandered away - the two couples divorced around the same time.

Well, to clear up some of the mystery, you have to step back and look at the worldwide market. ABBA is only really dead in the US. In Australia and the UK, and of course in Sweden, they still get regular airplay. There's enough world-wide interest in ABBA that they turned down an offer of a billion dollars to reunite in 2000. There was the stage musical Mamma Mia!, based on ABBA's songs, and there was the film release of same in 2008. There's also soundtrack work like the Austalian 1994 film Muriel's Wedding, where ABBA songs play throughout. And don't forget their greatest hits compilation ABBA Gold, which just hit the UK album charts at #1 in 2008, for the fifth time!

So there you have it: ABBA's star only ceases to shine in the US in the 2010s. So now the question is, why did their popularity suddenly plummet in the US? Well, it could have something to do with their being so heavily associated with disco, which is also deader than fried chicken in the US (but still popular in pockets of the world here and there). The "disco" tag is kind of unfair - ABBA was a pop band, and most of their hits were hardly stereotypical disco fare. But the reputation has stuck.

For another thing, the US has never been all that friendly to obviously non-English (or even non-Latin-based) artists. It doesn't help that the names behind ABBA are slathered in umlauts and hard to pronounce. It's just a coincidence of several factors that mark ABBA off to the distant past in the US - but it says things about either US culture, or worldwide markets for non-English bands, that may tell us more than we'd like to know.