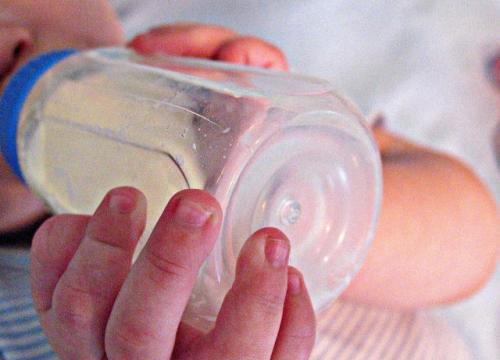 We’ve all been there: sitting with your best girl in our car in the bedroom, the temperature steadily rising, and only dead silence to accompany. This silence simply won’t do, and you need something - anything - to complement the mood.

Personally, I want music to be playing to mask the horrible, wretched sounds I make when I lay my kiss game down. It’s gross, I’m told, but so long as there’s a beat in the background, I’ve never lost a girl.

Unfortunately, you probably put in an AC/DC album, thinking that the best way to get your girl in the mood was to get her, well, Thunderstruck. Maybe you thought Journey or Duran Duran were viable options, but unless your girl is edging near 40, then she’s just going to giggle, get out of your probably-lame ride, and never talk to you again. So what’s the solution, you ask?

(Here’s a hint: it isn’t the Billboard.com list of sexy tunes, which include not one, but /two/ Rod Stewart tracks - in the top ten!. If anything screams how irrelevant and over 40 your taste is, it has to be including an artist like Rod the Hardbody in your top ten twice.)

Without further delaying your game, here are our top picks for baby-making beats.

Before the advent of the pop-culture drug-addict narcissist phenomenon otherwise known as House, Massive Attack’s Teardrop was one of the sexiest songs in the entire world. Featuring vocals from Elizabeth Fraser, of Cocteau Twins fame, Teardrop was a steady, rhythmic, and almost sickeningly sexy song. We would have used Teardrop exclusively, except now if you turn it on your girl will be fantasizing about how much more she would like you if you made a doctor’s salary and you guys were making out in an Audi instead of your shitty old Buick.

But then, pretty much the entire Mezzanine album, on which Teardrop was found, is reeking the sexiness. The runner-up for bang-her-outness from Massive Attack is only barely a runner-up, though; Inertia Creeps, while being a slightly more .. Creepy song, is every bit as excellent for getting your horizontal creep on with your best girl. The slow, well-paced percussion, soft, phantom-like voice of the vocalist, and the relaxed, but also well-strained instrumentation make Inertia Creeps a great song to hope your girl doesn’t think you’re being too creepy to.

If I were to ever write a sexy-time song list and not include Closer, then I would hang myself faster than my thirteen-year-old self wanted to when he was an angsty, angry, Nine-Inch-Nails-loving-youth. Thankfully, I suffer from very little editorial oversight, and am permitted to include this drunk-frat-guy and trashed-smeared-eyeliner-goth-chick party favorite.

Screaming of the brilliance of the entirety of the Downward Spiral album, Closer was one of the few tracks to reach major mainstream audiences. While much of the album revolves around themes of decay, pain, and suffering, it was, well, banging out a loved one that people seemed to really relate to.

Featuring such charming lines as “You let me violate you,” “I want to feel you from the inside,” and, of course, the excessively tactful and subtle “I want to fuck you like an animal,” Closer taught us that you don’t have to be smooth to get laid. You just needed to be Trent Reznor.

Lovage: Music to Make Love to Your Old Lady By

Alright, alright: I know this was supposed to be single tracks from albums, but really, Music to Make Love to Your Old Lady By from Lovage is arguably the single best backseat beats album ever recorded. Whether you’re a strapping dude like me that gets all sensual-feeling from the silky-sweet voice of Jennifer Charles, or the deep, rich, and vaguely creepy roar of Mike Patton, this is not an album to fuck with.

It’s an album to fuck to.

If we had to pick just one track from this album to put on a maximum-sexy-mixtape, then nit would have to be Book of the Month

Book of the Month has some of the dirtiest, most profane lyrics that I’ve ever heard, lain over top of a sensuous, trip-hop-inspired beat from Dan the Automator. Let’s take a look at one of the more innocuous stanzas:

You are the bitter, I am the sweet

Flick on the switch and light your pilot light

You are the griddle, I am the meat.

Since this is a family-oriented blog, we’ll skip on explaining just what we think this passage means, and instead let you figure it out in the arms of your best girl.

That is, provided you decided against putting in that AC/DC, and she’s still with you at all.