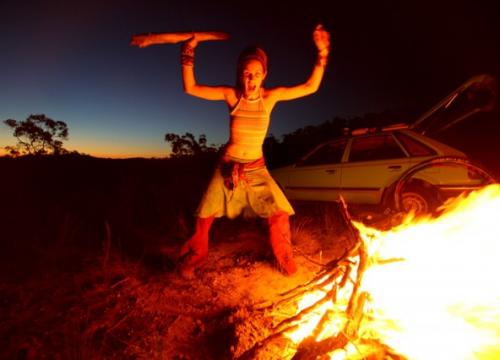 The concept of music having a magical effect goes right back to ancient mythology. The ancient Greeks had a single word that both meant "to sing a song" and "to cast a spell." From there, we come to the harpies, sirens, and mermaids of legend, each of whom could seduce you with a song and lure you to your end. Then there's Orpheus, who sang enchantments. OK, we get it, music is magic. So it's no surprise that modern music has its share of tunes that are associated with casting a spell.

"Witch Doctor" - Ross Bagdasarian, Sr., in 1958, released this single under the stage name of "David Seville." It's the one with the chorus that goes "ooh ee ooh ah ah, ting, tang, walla walla bing bang..." You've heard it over and over in various samples and covers, including TV commercials. It is purported to be a love spell supplied by a witch doctor whose voice is played at double-speed - a trick Bagdasarian would exploit again later when he created Alvin and the Chipmunks!

"Love Potion #9" - A late '50s doo-wop era hit for the brilliant writing team of Jerry Leiber and Mike Stoller. They originally wrote it for The Clovers, but since the songwriting duo were more famous for writing for The Coasters ("Charlie Brown," "Yakkety Yak"), it's fitting that they covered it anyway. The most popular version played today on oldies' stations is the 1965 cover by The Searchers. The song tells the story of a love potion gone awry.

"Black Magic Woman" - While it's Carlos Santana's cover that everyone remembers today, it was originally by Peter Green, written for Fleetwood Mac. But Santana basically took it over and made it his signature song, blending it with a dash of another song - "Gypsy Queen" by Gabor Szabo - for added flavor.

"Magic Man" - Ah, yes, men can enchant women, too! Heart cut this hit in 1976, releasing it on their debut album Dreamboat Annie. A woman is seduced by an older man, and when her mother finds out and calls her back home, she please that she's helpless to resist his spell.

"Abracadabra" - The Steve Miller Band made this one of their signature songs. The bewitching effect of this song is that it tells the story of yet another magical seduction, while the deliberately off-tune instruments reflect the off-balance nature of inspiring love with witchery. We suppose we have to mention that the word itself was originally part of a 2nd-century amulet laid out in an alchemy book, in which a triangle is formed from writing the word under itself but subtracting one letter each time.

"I Put A Spell On You" - This song first appears as a 1956 single by Screamin' Jay Hawkins, although modern audiences of course identify the song with Creedence Clearwater Revival because of their cover. The song has also gotten covered by everybody including The Animals. For a bonus buck, catch the haunting cover by Marilyn Manson, which was used in the film Lost Highway during the scene where Patricia Arquette is forced to do a striptease at gunpoint, in one of the sexiest scenes David Lynch ever filmed.