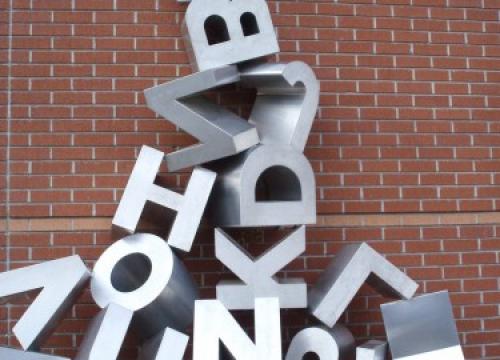 Sometimes you're left scratching your head trying to figure out a song, only to be confronted by the possibility that maybe there really isn't any meaning to 'get'. Some songwriters just like to screw with your head. Others songs are just about word-play. Some songs are intended to invoke poetic imagery and concepts, without really being tied into any unifying theme. And then there's surrealism, which is an attempt to represent things symbolically - but those might be symbols, or they might be random nonsense. And sometimes there really is a rhyme and reason to the lyrics, but they're so cryptic that there might as well not be.

The Beatles did this quite often. John Lennon especially got a kick out of the way obsessive fans would scrutinize every detail of their lyrics looking for clues. "Glass Onion" was one song where Lennon came right out and explained that he did it to deliberately provoke the clue-seekers. It's chock-full of cryptic references to earlier songs including "I Am the Walrus," "Lady Madonna," "Fool on the Hill," "Strawberry Fields Forever," and many others, all designed to send the fans on wild goose chases. And of course "The walrus was Paul" was a deliberate dig at the 'Paul is dead' conspiracy theory at the time.

Nirvana just about made a career out of this. Case in point: "On A Plain" which contains lines like "My mother died every night. It's safe to say, don't quote me on that." and "As a defense I'm neutered and spayed. What the hell am I trying to say?" It's amazing how well these lines scan and tantalize you with a suggested meaning that seems to be just out of reach... As quoted by Dave Grohl, Kurt Cobain always said, "Music comes first, lyrics come second." This doesn't stop numerous biographers from trying to impose their own bizarre theory on the meanings of Nivana songs.

Red Hot Chili Peppers does this with style. Anthony Kiedis is a gifted poet, and even when you're completely lost for an explanation of a particular lyric, you have to admit that it invokes a pretty image on its own. For instance, "Apache Rose Peacock" is about a girl he met in New Orleans in the general sense, but the opening lines "Lunatics on pogo sticks, Another southern-fried freak on a crucifix, Hicks don't mix with politics, People on the street just kickin' to the licks." just about lose you with their playful abandon.

Steely Dan occasionally lapses into this. While most of their songs are pretty straight-forward, we have examples like "Throw Back The Little Ones" from their fourth album: "Lost in the barrio, I walk like an Injun So Carlo won't suspect that something's wrong here. I dance in place, And paint my face, And act like I belong here." Um, well, something's definitely happening here, but it might only make sense in Wonderland for all we know. Nevertheless, even at their most enigmatic, Steely Dan manages to pull off a dark, sardonic tone which is their signature style.

For a progressive example, there's King Crimson. Take a song like "The World is my Oyster Soup Kitchen Floor Wax Museum," from their Heavy ConstruKction album. "Autographed pictures of Shakespeare fishing gear, Head phone Madison Square garden hose." There, figure that one out! As you can see, this is pure word play. 'fishing gear' rhymes with 'Shakespeare' and 'garden hose' chains from 'Madison Square Garden,' kind of like a 'before and after' clue on the TV game show Wheel of Fortune.

Cryptic lyrics just add to the fun in the music world. Like the films of David Lynch or the infamous Voynich manuscript, sometimes the world is more beautiful with mysteries in it.