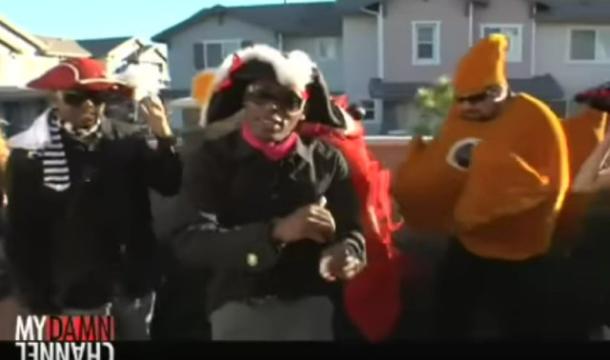 It's a sad day in the music world, and not just on the hip hop side. From the '90s to the recent years, the artist called Coolio (born Artis Leon Ivey Jr.) established a groundbreaking career in not just rap, but in the music world in general and in the film world too. His various film roles took his career beyond the boundaries of a music genre, while his influence inspired a generation of West Coast Hip Hop artists.

Let's just get the stats out of the way:

No matter how far you go in Coolio's career, you run across a new surprise. But let's also address the landmark hit that basically put rap on the mainstream audience's radar for the first time. 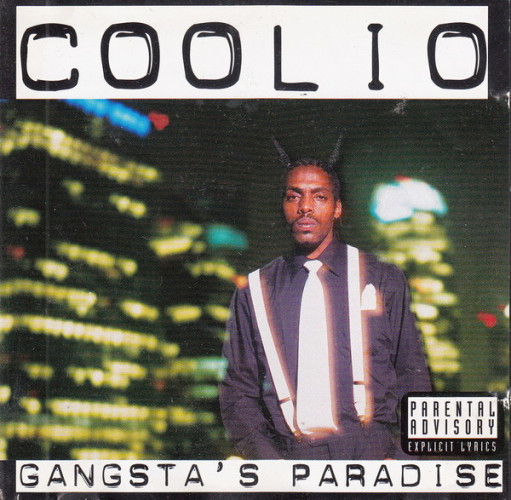 Your humble blogger saw Dangerous Minds in the theater in 1995. I was mostly down for Michelle Pfeiffer, whom can do no wrong in my view. But the message of the movie, the hopelessness of a segment of the population failed by society and grimly resigned to their status, resonated strongly regardless. I'm a white guy, but grew up in southern California and had witnessed the hard ghetto life of the streets from an early age. Except I could move on. I was lucky.

"Gangsta's Paradise" is a powerful song that shot this movie to fame from being in the soundtrack, a ballad that plainly lays out the plight of minorities and the impoverished, people forgotten by society. The song was featured in the soundtrack to the film, about a teacher in the inner city caught between apathetic, hopeless students and a blind bureaucratic school system. If we achieve any change in the poorest communities, we have to start at school.

You can zoom out from this particular setting in Compton, California (Coolio's childhood home) to many other areas of the US which tell the same story, so much so that it resonates today. Now granted, the film was not that well-received. It's dripping with bohemian, symbolic white guilt about a problem we're all willing to sigh and shake our heads about, but can't find a way to really solve. More than one critic at the time sounded the call of "condescending," "hokey," and "watered down to appeal to white audiences." But the film was made, which is more than you could say about most gritty and honest portrayals of ghetto life, with or without dropping an anvil.

"Gangsta's Paradise" was a huge worldwide hit, but perhaps, looking back, it cast a jinx on Coolio's career. You know how an artist gets that one mainstream top-charting hit, to the point where it overshadows the rest of their work? That happened with Coolio's career. Granted, other songs were hits too, but don't tell me "1, 2, 3, 4 (Sumpin' New)," "Fantastic Voyage," "Stomp," or "C U When U Get There" were the first songs you thought of when you saw the headline was about Coolio. 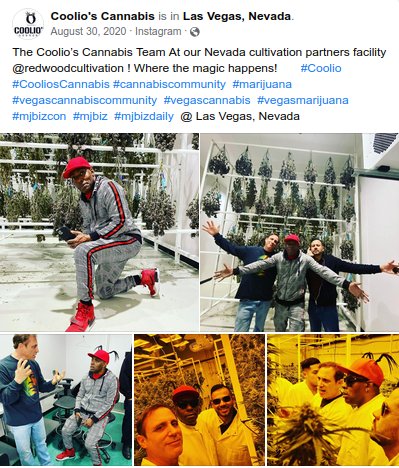 Coolio Had a Cannabis Brand

As we mentioned a while back, ever since cannabis legalization broke out at the state level, musicians have been scrambling to sign on to have their names emblazoned on jars of boutique marijuana sold all over the west coast and closing in on the east as well.

But Coolio was on the first wave of this trend! There it was, Coolio's Cannabis, with an ad-hoc Instagram and Facebook page plus a now-parked domain, perhaps to be revived by his estate in memorandum one day. This brand launched in 2020, but fizzled quickly. We have video showing once that he attended a meet and greet promotional event for the brand's launch (I can't believe the guy in the Backwoods T-shirt - part of the larger "DabWoods" family of brands which was burned on the black market ages ago!), YouTube link here.

Coolio's cannabis brand was a co-sign with Redwood Cultivation, of Las Vegas, Nevada. You'd think a California brand would have jumped at the offer. The rest of the story of this brand is just like so many other celebrity-endorsed cannabis brands (even Justin Bieber's): They go nowhere. Even Cheech Marin and Tommy Chong, independently of each other, don't get as much traction for their cannabis brands as you would think. Turns out consumers seek quality weed first and don't care about celebrity endorsements.

Only a few artists, Snoop Dogg most prominent, so far have had the savvy to keep their brands on track. Coolio's brand was in Las Vegas, a wise choice for quality but restricted from his home fan base in L.A.

You know what comes next after weed? Munchies! 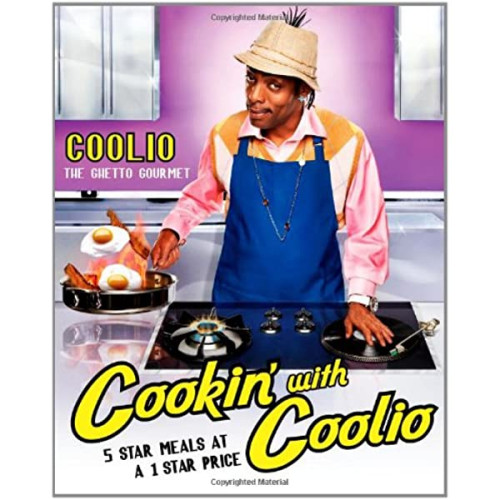 Coolio had a far more successful outing as a film and TV personality than he ever did as a cannabis entrepreneur. The story goes that his mom taught him young how to cook in the kitchen, and he ended up loving the culinary arts that he became a chef - yes, before he was a music name! - a career move which led to his hosting a cooking show, "Cooking With Coolio," sample episode here.

Then here's Coolio reminiscing on both Gangsta's Paradise days and his cooking passion on Hot Ones, while sampling hot sauces. 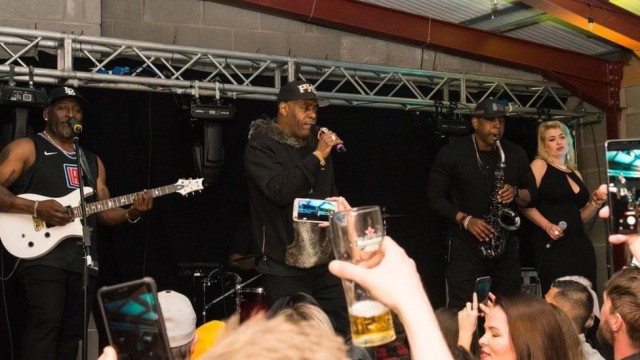 What we can say about Coolio, as we mark his passing, is that he was never anything but genuinely himself. While some artists get mean and snobby in their winter years, Coolio just seemed to get more down to Earth and mellow. He never had an inflated ego, and never lost his sense of humor. Nobody can get from Compton to "Gangsta's Paradise" to putting on this pirate costume to joust with a couple of guys dressed as shrimps (lobsters?) to tutor us on the finer points of seafood cuisine and not be an overall cool guy.

Many copied him, but nobody else could be him. RIP up in the Gangsta's Paradise in the sky, Coolio! Say hi to Tupac for us.