The Other Top 7 Songs You Only Hear In Chick Flicks 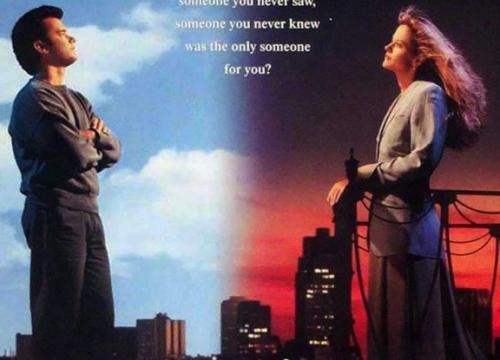 These are the other seven songs that any film marketing itself to viewers with a pair of X chromosomes must include, as long as they don't care if a man ever buys a movie ticket as well. If it's got a female lead all alone on the poster, or bills itself as a romantic comedy, or even has a wedding in it, chances are good that one of these will blare out the speakers during a key scene. They are also to men what garlic is to a vampire.

Notable in: Husbands and Wives, Everyone Says I Love You, Sleepless in Seattle

Enjoy with: A pair of AA batteries in your preferred hand-held device

True, this is in not one, but two Woody Allen films. And Woody hardly counts as a chick-flick maker, no matter how much of a stud he thinks he is. But notice that both films revolve around romance, as opposed to Woody Allen films about time travel or murder. And then there's the first film to have this song in its soundtrack, Whoopee!, back in 1930 - it's a comedy romance about a Western sheriff getting married, which makes this The Very First Chick Flick Song.

Enjoy with: A mud pie

Thanks to Ghost, it's impossible to ever hear this song again and not associate it with ceramics. Speaking of which, have you ever noticed how many lines this film crosses? There's necrophilia (still in love with dead Patrick Swayze), lesbian kissing (when the ghost possesses Whoopie Goldberg for that one scene), demons (dragging the bad guy off to hell), and voyeurism (ghosts can watch you, even in the bathroom). Only women can watch this and not get squicked out.

The Boy from New York City

Notable in: One Fine Day, Dance with Me

Enjoy with: A Diet Tab and a Virginia Slim

It may not be in a lot of chick flicks, but it's in One Fine Day, which rivals Now and Then for greatest common chick-flick-song denominator. This movie is even too girly for most girls, who have been seen leaving the theater afterwards yelling "Who's ready to watch some FOOTBALL?"

Enjoy with: A quart of Ben 'n' Jerry's 'Chunky Monkey'

How essential is this song to a chick flick? It isn't in the film Mermaids proper. No, Cher and her two junior-miss co-stars bump and grind to it in a little video tacked onto the end of the film. After the ending credits. It had absolutely nothing to do with the story whatsoever, they just did it because it's Shoop Shoop, dammit.

Notable in: Betsy's Wedding, A Home of Our Own, Father of the Bride, Four Weddings and a Funeral

Enjoy with: A slice of wedding cake, silly!

We could go on all day listing films that use this song, because it's pretty much mandatory that any film with a wedding scene play this right after "(Today I Met) The Boy I'm Gonna Marry" and right before "The Wedding March". And they'll keep right on playing it in every film with a wedding in it until gay rights catches on enough that at least one pairing of same-sex gents has them both singing this at the ceremony. Speaking of which:

Notable in: Sex and the City, When Harry Met Sally, Sleepless in Seattle, Mermaids, The Last Time I Saw Paris

Wait, what the heck is going on here? Why does every other chick flick have a specific New Year's scene? Is it because you're supposed to kiss at midnight on New Year's Eve? Even at that, have you noticed that in a guy flick, if there's a New Years scene, they don't focus so much on the song as much as just cheering, toasting, and blowing horns? Only the chick flicks get in a rousing two choruses and a verse. But why not Valentine's Day? Or even Mother's Day? No, it's New Year's Eve that gets the chick flick crown for most common denominator holiday. We're guessing that the kissing-at-midnight thing is a convenient plot point as the two romantic leads face each other awkwardly for a moment of will-they-or-won't-they.