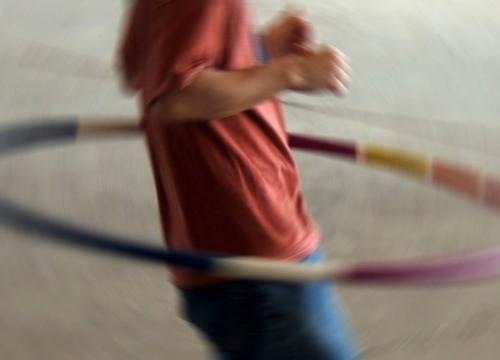 Of course, music plays a heavy role in consumer marketing - we all know that (but visit our homage to TV commercial jingles anyway, we need the hits). But we're not talking about that this time. We're talking about products, trends, and fads which became indirectly popular as the result of a band's popularity. You know how Beatlemania spurned the worldwide popularity of the mop-top haircut in the mid-1960s? Stuff like that.

Most of the time, music "fan fever" leads to the popularity of a specific instrument:

Thanks greatly to the soundtrack to 1981's Chariots of Fire. Vangelis used the Yamaha CS80 as his primary instrument through the height of his popularity, pushing sales of the innovative synth into the stratosphere.

Not to be outdone, there basically would be no acid-house movement today without the Roland TB-303. This synth wasn't very popular at first, and so cash-strapped DJs on the Chicago scene could pick one up cheap. They started playing with it in garage-band experiments, and a whole genre was born. Rolands aren't cheap anymore!

The song is "Baker Street", the one that still comes on classic radio daily with muddy, incomprehensible lyrics and a blistering sax hook that is all anybody remembers about the song. It just about single-handedly saved the entire saxophone industry.

Electric guitars in general failed to gain much popularity, being looked down upon as inferior to the classic acoustic, until Jimi Hendrix picked one up and never put it down, showing the world that yes, you could be a virtuoso on one.

And then there's the more indirect fads inspired by rock stars, some of which are downright puzzling...

Snopes has a page about the infamous song "Jenny" and the hassle anybody unlucky enough to have that phone number went through in the '80s. But for geeky thoroughness, you can't beat the page which lists the results of an experiment in which somebody dials the 867-5309 number for every conceivable area code.

The Australian bread spread saw its sales rise steadily after Men At Work's "Land Down Under", even after being mentioned only once in the lyrics. A man in Brussels feeds the protagonist a Vegamite sandwich, as a non-sequitur response to a question.

Now this is weird: Mennen launched Teen Spirit deodorant in 1991. Two of Kurt Cobain's friends teased him that he "smells like teen spirit", Cobain liked the way the phrase sounded but did not know that it was an actual product and named his song after the phrase. Boom, suddenly Nirvana and grunge took off. Mennen rolled in dough.

By the way, the whole grunge movement popularized the grunge style, mainly the ubiquitous flannel shirt and scuffed-up, holey jeans.