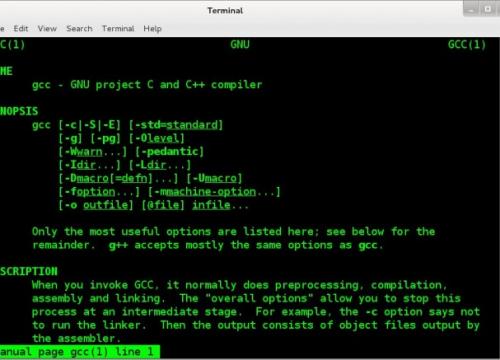 Hello, non-geeks! Perhaps you've stumbled upon Weird Al's "White & Nerdy" online and been lost in the mystical-sounding references. Well, fear no more: Just clip this handy pocket guide and carry it with you, and you'll never be caught not understanding every obscure reference again!

The song itself is a parody of "Ridin" by Chamillionaire and Krayzie Bone; the chorus to that song goes "ridin' dirty" for driving around with contraband such as drugs and weapon paraphernalia in the car. Weird Al changes it into a geek anthem. We will only be explaining any lyrics that contain references specific to geek culture:

"Got skills, I'm a Champion of DND" - D&D is Dungeons & Dragons, the canonical tabletop role-playing game first made popular in the 1980s. It is the originator of all high fantasy role-playing games; when you hear anybody blathering about their "level 34 paladin", it's probably this game or one in its tradition (such as Blizzard's Diablo video game series).

"MC Escher that's my favorite MC" - M.C. Ecsher was a 20th-century Dutch artist famous for his woodcuts, mezzotints, and lithographs which incorporated mathematically sophisticated designs. Hugely popular in the geek community, and one of the three names making up Douglas Hofstadter's Godel, Escher, Bach: An Eternal Golden Braid, a book which is practically the geek bible.

"Keep your 40, I'll just have an Earl Grey tea" - A reference more "white" than "nerdy", but remember that Captain Pickard of the sci-fi franchise Star Trek orders his tea "Earl Grey, hot".

"Steven Hawking's in my library" - Famous physicist and author of A Brief History of Time.

"My MySpace page is all totally pimped out" - MySpace was the precursor to Facebook. This song's out-of-date already!

"Yo, I know Pi to a thousand places" - Memorizing the digits of Pi or writing programs to economically generate them is a common geek pursuit. But note, most people for practical purposes only memorize it to the eighth place or so (3.14159265) as this is accuracy sufficient to construct a hula hoop around the Earth and only be off by a foot, and it's not like you can't just look it up if you need to be more precise...

"I'm a whiz at minesweeper I can play for days" - Minesweeper is a desktop casual video game bundled with Microsoft Windows since version 3.1 at least. It's a logic game where you try to find all the hidden bombs in a blank field using number clues.

"There's no killer app I haven't run" - "Killer app" refers to computer software applications, specifically those that define a platform and give people the most compelling reason to buy one. The Internet could be said to be the "killer app" for home computing.

"At Pascal, well, I'm #1" - This is a research mistake on Al's part. Pascal was a programming language popular in the early 1980s. It was used primarily as a teaching language, but, like COBOL and BASIC, is seen today as a hopeless folly that nobody's taken seriously for at least two decades.

"Do vector calculus just for fun" - Vector calculus is the branch of mathematics used for defining things in 3D-space. It comes into play a lot in physics and 3D graphics design.

"I ain't got a gat but I gotta soldering gun" - A metal soldering iron is what you'd use to solder parts together in electronics.

"I'll ace any trivia quiz you bring on" - Brainy pursuits, geeks, assume they go together. Ken Jennings, the renowned Jeopardy contestant, is big in the geek world.

"I'm fluent in Javascript as well as Klingon" - Now we're talkin' programming, Al! Javascript is indeed a hot programming language right now, being the chief client-side language for web pages. It's also part of AJAX, a buzzword that still makes tech startup founder's eyes light up. "Klingon" is the language spoken by Klingons, an alien race in the Star Trek franchise. Yes, there are fans who speak it fluently, and yes, there are geeks fluent in both.

"They see me roll on my Segway" - The Segway is the two-wheeled powered scooter that you ride standing up, looking like something out of The Jetsons. Popular in the geek community.

"X-Men comics you know I collect 'em" - Marvel comic-book series, probably the most successful superhero series of all time.

"The pens in my pocket, I must protect 'em." - A white pocket protector to keep pens in your shirt pocket without staining the shirt with ink was a common fashion accessory among engineers. Linked to nerd culture by the 1984 film Revenge of the Nerds.

"My ergonomic keyboard never leaves me bored" - Geeks are notoriously snobby about their keyboard choices, since they spend large amounts of time typing on one. There's about 20 different schools of thought on designing them, with rabid fans of each.

"Shopping online for deals on some writable media" - Referring to burnable CDs, USB thumbdrives, and so on?

"I edit Wikipedia" - The online encyclopedia, love child of the geek movement.

"I memorized Holy Grail really well; I can recite it right now and have you ROTFLOL." - That's Monty Python and the Holy Grail, the most popular film produced by the British comedy troupe Monty Python. Monty Python is insanely popular with geeks everywhere; so unanimously so that it's the one thing common to geeks who even disagree on everything else. Go anywhere in an active forum online and drop any of the following words into a comment: {"African swallow", "coconut", "black knight", "herring", "Camelot", "elderberries", "killer rabbit", "Arthur", "hand grenade"} and watch how fast it takes somebody to reply with a Holy Grail quote.

"I got a business doing websites" - As a web designer. Self-explanatory, no?

"I do HTML for them all" - Hyper-Text Markup Language is the document layout language of the web. Right-click right now and select "view page source" for an example!

"Got myself a fanny pack" - fanny packs actually stuck around in the geek community for a number of years after they were out of style everywhere else. It has something to do with carrying eight or nine electronic gadgets around.

"I was in AV club and Glee club and even the chess team!" - All high school references. "A.V." stands for "audio-video", glee clubs are singing clubs, and chess is of course the board game. All three of these are stereotypical geeky pursuits.

"Do I like Kirk or do I like Picard?" - The two most famous captains of the Starship Enterprise in the Star Trek franchise. "Kirk vs. Pickard" is a common fan argument.

"I spend every weekend at the Renaissance Faire." - "Ren fairs", as they're commonly called, are middle-ages-themed events where participants dress up in Arthurian-era costumes, watch jousting tournaments, have swordfights, watch jugglers, eat whole roasted turkey legs, speak in "Olde Englishe", and so on. Also hugely popular in geek culture.

All in all, this whole song is nailed. It is the definitive geek street cred for Weird Al, himself a pretty qualified geek and also a geek icon. The sole exception is that "Pascal" reference. In the video, we even see him pay a street hustler for a brown paper bag. What's in it? A video of none other than the "Star Wars Holiday Special", which, truly, you can only get via bootleg copies because George Lucas hates it with a justified passion.