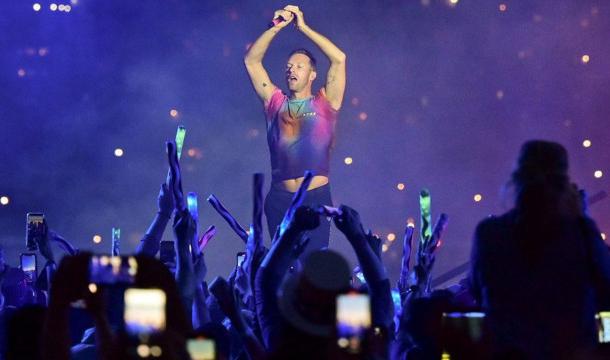 Your humble author was sittin' round the ol' Twitter campfire with the usual suspects, when the subject of my return to music blogging came up. And I volunteered that one of the things which discouraged me about the music-blogging beat is that I seemed to have a curse on my blogging. I would write some gushy fan post about a venerated music legend and then bam, they'd die.

Michael Jackson, David Bowie, Prince, Ronnie James Dio, Lou Reed, Tom Petty, Captain Beefheart, Whitney Houston… Every last one died soon after I wrote about them. I even hopped over to movies for awhile; for Sean Connery's birthday, I chose to celebrate his underdog feature Zardoz (1974) as a goof. Next day, bam, drops dead. 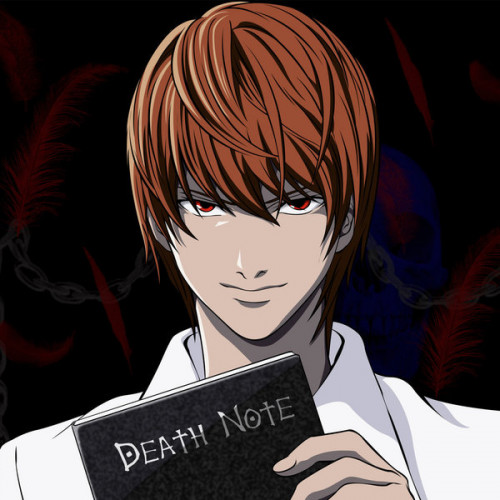 I suppose it's a natural hazard of blogging pop culture. To be sure, I've blogged about plenty more celebrities who are still above ground.

I lament all this on Twitter, a beat goes by, and then some wise-ass asked "Can you blog about Coldplay next?" 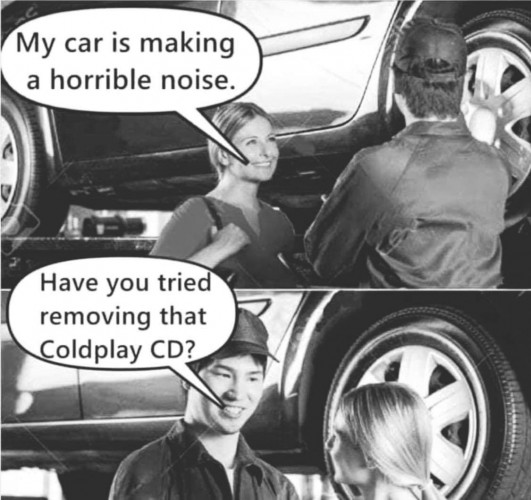 Coldplay is a Hate Magnet

Mind you, Coldplay meets every definition of a successful band. Their song "Yellow" in 2000 gave them their break-out hit, followed by the break-out album Parachutes. All though the 2000s, they seemed unstoppable. They were showered in critical acclaim and their 2005 album X&Y was the worldwide best-selling album. They followed that act by having legendary producer Brian Eno on board for Viva la Vida or Death and All His Friends (2008), winning 3 Grammys and again enjoying worldwide top sales.

As if that wasn't enough to win the hearts of fans, Coldplay has also indulged in activism. They donate 10% of their profits to charity, and have championed a number of causes both social and political.

And what do they get?

Now God knows, the music biz is just like this sometimes. A group gets too popular for their own good and then people start hating on them just because of that. TVTropes has a whole entry about "it's popular now it sucks." But there has to be an original sin somewhere, a misstep that puts a band on the inevitable road to ruin. 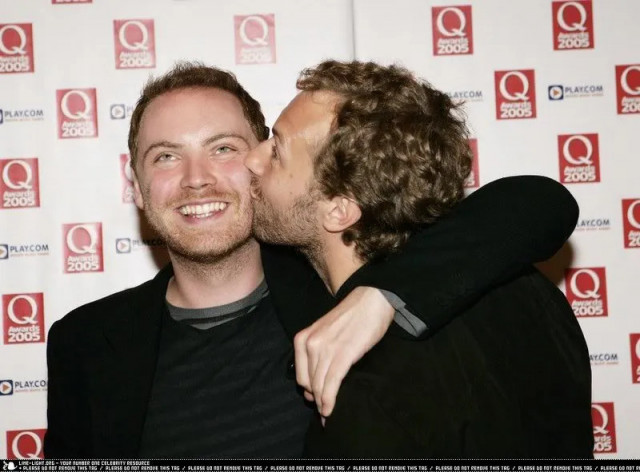 What Did Coldplay Do?

That's the trouble: You will find a thousand answers to that question and none of them will rise to the top as the most popular answer. Some of the grumbles I've tracked down about Coldplay:

They're just a band, man, you know, one of those bands! Look at them up there being all… bandy!

So Coldplay get honked at no matter what lane they pick. Again to be fair, any time a band gets enough spotlight to start thinking they can make a change in the world, they start taking sides on divided issues. As I say, it's impossible to take a side on any issue and not make enemies. You can't even say "science is good" in 2021 because it turns out we have to have a split over that! 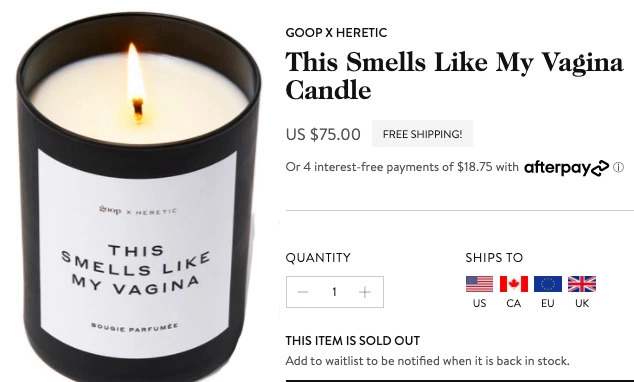 Of course, Martin had the sense to divorce her, too, so who's gonna cast the first stone here? 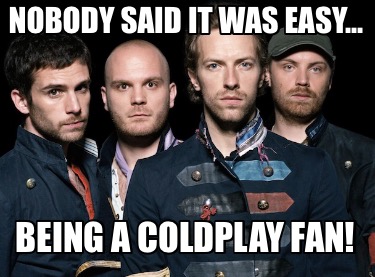 News Flash: I Only Hate Coldplay a Little Bit

Now musically, I don't really review music because (a) well, look at my playlists; my tastes are really weird, and (b) the Internet is filled with music reviews. Here at Lyric Interpretations, we report; you decide. I'm here to guide the group music therapy conversation as a spiritual guru, while you all get healthy exercise for your synapses and neurons discussing what the music means.

BUT, if you really ask my opinion of Coldplay, I will say that they're kinda OK, but don't move me. Really, I've virtually ignored them for 2 decades, because I can barely tell them from the great snowy avalanche of Britpop and Alternative quirky bands already. In that regard, they are kind of the Nickelback of the 2010s.

I have asked before, "Why Do We Hate Some Bands and Artists?" There's a few examples there, but this time I'm proposing something bigger: Whenever you see a band which is the epitome of a genre suddenly get dumped on, that might mean that the genre itself is dying off. The backlash against Coldplay might indicate that we're all fed up with Britpop and Alternative, inclusively.

The only problem this time is: There's no genres left. Everything became Britpop and Alternative over the last 2 decades while we all paid attention to more pressing matters. The music industry as we used to know it has been reinvented into the digital streaming industry. We still hang onto the concept of an "album" even though it's not strictly necessary because we don't have to buy music on vinyl disks anymore.

Instead of genres, we have a bazillion Spotify playlists and bizarre little indie bands just sparkling with brilliant musical innovation, but they're only famous on Bandcamp and YouTube. They're not umbilically attached to the old guard record industry, so they never get a seat at the table.

That leaves the backlash with nowhere to go, so it just builds up into a mob rage. What is going to come after it? Who knows? I could have sworn the mainstream record industry was dead the day after cassette tapes came out, but that shows what I know, doesn't it?