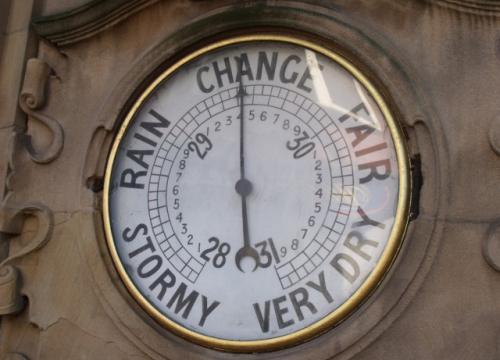 Those of you who are Quentin Tarantino fans - enough to own the film canon on DVD - know about a deleted extra scene from Pulp Fiction. In it, Uma Thurman is playfully videotaping John Travolta who's waiting to take her on an arranged date, and she "interviews" him with a series of questions. She starts with asking if he's "an Elvis man or a Beatles man", because her theory if that many people are one or the other, but almost no one is both.

OK, that was the opening digression. Now, we know that there's more polar opposites of fan bases in music than that - some of them are outright rivalries. And we can come up with enough to fill a whole blog post. Just watch:

To start with a very notorious example. It's one of the longest-running feuds in rock history, after all. Dave Mustaine got kicked out of Metallica early on and went off to form his own metal band, and the two have been rivals ever since. Typically, Megadeth fans look down on Metallica fans for being wuss boys who can't handle their hardcore speed-metal, while Metallica fans dismiss Megadeth as sloppy trash and sniff that their band is more popular...

G 'n' R was the last gasp of '80s hair metal, STP was the epitome of the new grunge sound. Of course there's a built-in rivalry there, and then what made it worse was the in-fighting in G 'n' R causing Slash, Duff, and Matt to team up with former STP alumni Scott Weiland to form Velvet Revolver. STP fans sneer at GNR fans as ignorant hicks clinging to the past; GNR fans sneer at STP fans as highbrow elitists more concerned with looking cool than listening to what sounds good.

It's still in the early brewing stages, but it's there. Of course this is simply old-school vs new-school in the battle of the extreme pop divas. Madonna and Lady Gaga are friends off the stage. More than one fan has taken the pot-shot that Gaga is ripping off Madonna's act.

See above feud, subtract ten years' age on each side. The two fan bases frequently have spats over Twitter. And remember that they were both former Mickey Mouse Club alumni.

Played up in the British tabloid media a lot. They frequently release dueling singles, both came from "Madchester", and both started at about the same time. Amanda Palmer had fun with this in her song "Oasis" which mentions her having tickets to see Blur.

When it comes to white rappers in the 2010s, it looks like this is it. And the fans of both have receded into these diametrically opposed niches, hissing at each other whenever their paths cross, which is fortunately not often.

The least contentious on the list. In their day, Zappa and Beefheart were both the only two avant-rockers anybody had ever heard of, and on-again off-again collaborating friends or feuding rivals. Avant-rock fans sometimes have half-serious arguments about who was better, but come on, modern avant-rock only had two bands to its name, so might as well listen to them both.