Wet,Wet,Wet. Songs for a rainy day... 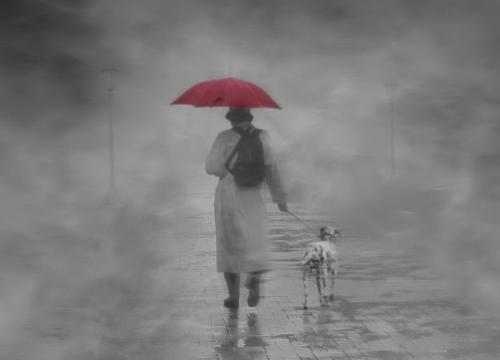 I’m beginning to see chaos theory in action. You know, the maxim that goes’ if a butterfly flaps it’s wings in Mexico it causes an earthquake in China’, or words to that effect...

I’m certain we have Hurricane Irene to thank for the rubbish weather we’ve been having here in the UK. Yes, I know we aren’t famed for our tropical climate, but August is usually meant to be hot. Usually! Instead of drinking in the sunshine, most people I know have spent this bank holiday weekend huddled around the central heating drinking tea, not tequila! How rubbish is that?

The downpour outside has got me wondering whether I should build an Ark and sail away to warmer climes. If I was Noah, I’d make sure I had a good sound system and had stocked up with appropriate playlists. Let’s be honest, the pitter-patter of raindrops loses appeal after several weeks and unless you are Dr Doolittle, you aren’t going to have a meaningful convo with the giraffes on board!

Of course, it would be appropriate to have some music that referred to the inclement conditions, so here is my top 10 list of songs for a rainy day...

#1: What the Water Gave Me by Florence & The Machine

Anyone familiar with Flo will know her voice, songs and lyrics are stunning. This is her new single and it doesn’t disappoint. Deep, soulful, and ever so slightly disturbed.

#2: Every teardrop is a Waterfall by Coldplay.

OK, this is one for those of you feeling pretentious enough to go out for a wet and windy walk when the mayor of NYC has asked you not to. Coldplay really used to be a good band before Chris Martin married Gwyneth Paltrow and went all macrobiotic on us, but this song shows flashes of their former brilliance.

#3 Hurricane by 30 Seconds to Mars

The more I listen to this band, the more I like. Who knew someone as pretty as Jared Leto could sing? Their music is a little difficult to pin to one particular genre, because they blend post-grunge with prog-rock and a dash of electronic. This song is particularly controversial because an earlier, unreleased version was supposed to have been made in collaboration with Kanye West. In the end, West’s vocals were removed because of conflicting rights issues with the record companies.

An interesting band, known for combining creative chord progressions with surreal lyrics. This particular song has nothing to do with water, and everything to do with getting totally wasted on Prozac. Well, let’s face it if you were cooped up with a white dove for forty days, wouldn’t you?

#5 After the Storm by Mumford and Sons

Since they formed in 2007, this band has made it their mission to deliver music that matters, without taking themselves too seriously. I discovered Mumford and Sons when I was going through an ‘alt.country’ phase, which probably doesn’t do them justice. I particularly like their lyrics in this song which is about the way love is the triumph of hope over experience: ‘And after the storm/ I run and run as the rains come/ And I look up, I look up/ on my knees and out of luck,/ I look up’.

Apart from the evocative title of this band, I like their rocky, croaky sound. Sadly, this DC band is long-forgotten, having been disbanded in 1995. They released albums and songs that really made people think, and their percussion based style garnered a large alternative following across continents.

This is some mellow US rock. And no wonder, Jeff Scott Soto, formerly of rock-royalty bands, Talisman and Journey is the lead singer. You get what you pay for!

#8 No Man is an Archipelago by British Sea Power.

In my opinion, this band from Hull is one of the most under-rated in Britain. A stalwart of the Alternative scene, they make music that is thoughtful and well considered. This is one of my favourites.

This lady is class. This song is for those moments when you are curled up by the open fire with a decent glass of wine and a good book.

#10 The Ark by YellowMan

Well, you didn’t think you’d get away without at least one reference to the deluge? The final track on this pick-list is an edgy Reggae take on the story of the man who cried water and the two-by-two animals. You feel me?