An Interesting Little History of The Rutles 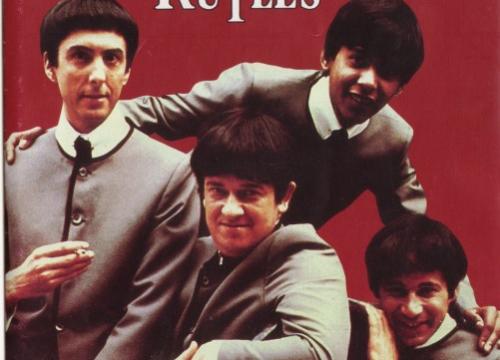 While over in America, The Beatles were taken with deadly seriousness, in England they provoked a wider spectrum of reactions. In fact, with apologies to Beatle-maniacs, some Brits saw them as "the boy band that got too big." It is true that they started out with pop songs strictly marketed to the teenage bubblegum set, but they moved on beyond that to their now-infamous multiple evolutions.

But out of the various attempts to copy their fame, one group set out to parody it, while simultaneously riding their coattails to fame. That was The Rutles, and even though they were a semi-fictional band, they have their own interesting story to tell.

In the first place, they were founded by Eric Idle and Neil Innes, of Monty Python fame. Eric Idle himself has a pretty solid music career - he was usually the one onstage performing a song in the films, such as "Always Look on the Bright Side of Life" for The Life of Brian and "The Penis Song" for The Meaning of Life. And Innes was the writer and performer of songs like "The Idiot Song" and "I'm the Urban Spaceman", both featured in Live at the Hollywood Bowl.

Here's the first circle: Beatle Paul McCartney produced "I'm the Urban Spaceman," the only hit for Innes' group. Now, getting back to Eric Idle and The Rutles, Beatle George Harrison had frequent ties to The Rutles, including appearing in brief cameos during comedy bits in Rutles' films. There's quite a few connections between The Beatles and the Monty Python orbit - you will note that when ex-Python Terry Gilliam directed Time Bandits, George Harrison wrote the rollicking ending theme. Harrison also had the deep-pocket financing to help produce both Life of Brian and The Adventures of Baron Munchausen - the former a Python film and the later a Gilliam solo film.

So there's numerous ties between Beatles and Monty Python, to the point where members of some could be said to have been honorary members of the other.

Alright, so what did The Rutles do? They did two feature-length mock-umentaries, 1978's All You Need Is Cash and 2002's Can't Buy Me Lunch. They also produced a small smattering of singles and EPs, all Beatles' parodies, and an album The Rutland Weekend Songbook and a soundtrack The Rutles. Plus they appeared for a couple of episodes of Saturday Night Live. But between all that, they made a great deal of comedy and music, blending the styles of Monty Python and The Beatles together in a way no one else could.

Other fascinating factoids of The Rutles: The name comes from Rutland Weekend Television, a comedy sketch show on BBC2 that Eric Idle started to follow up after Monty Python's Flying Circus shuttered. Rutland was a tiny county near Leicestershire, England. And when The Rutles parodied all aspects of The Beatles, they went so far as to depict a Jesus-hippie John Lennon meeting  aversion of Yoko Ono dressed up in full Nazi SS-guard uniform, with a swastika armband and everything. Oh, they pushed the envelope as hard as they could!

Despite their daring cheekiness, The Beatles for the most part received The Rutles in good humor. Longtime friend George Harrison even went so far as to say that The Rutles was the best documentary of The Beatles ever made.

Alright, so if you're a Beatlemaniac who noticed a bit of Monty Python getting mixed in, or a Pythonista who occasionally stumbled upon a link to The Beatles and wondered what-all that was about, now you know.