Five Times The Grammys Got It Hopelessly Wrong 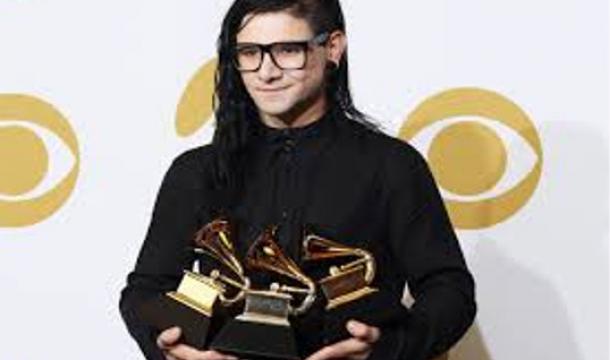 Barring a few grumblings about the lack of recognition for Frozen, and the multiple nods for Meghan Trainor, this year’s Grammy nominations didn’t exactly ruffle many feathers. However, look through the 56-year history of the world’s premier music awards ceremony and you’ll find a whole host of baffling decisions which suggest the voting panel has its fair share of tone-deaf members. Here’s a look at five of their most unforgivable blunders over the past quarter of a century.

One of pop’s most infamous duos were eventually forced to hand their Best New Artist Grammy back after it was revealed that they didn’t even sing a note on 1989 chart-topping sophomore, Girl, You Know It’s True. The Grammy panel might not have been aware of the impending lip-syncing scandal, but that still doesn’t excuse the fact that they overlooked the likes of Neneh Cherry and Soul II Soul in favour of such a blatantly disposable act.

Having virtually defined a generation, Nirvana’s grunge anthem, “Smells Like Teen Spirit,” should have been a no-brainer in the 1992 Best Rock Song category. Instead, the Grammys decided that Eric Clapton, and a pointless reworking of 70s hit “Layla” from his Unplugged album, was more deserving of the accolade. The Grammys have possibly never been so out of touch. Or have they?

Giving the above a run for its money in the WTF! stakes, the 2001 ceremony saw deeply unfashionable jazz-rock duo Steely Dan beat the likes of Eminem’s The Marshall Mathers LP, Radiohead’s Kid A and Beck’s Midnite Vultures to the Album of the Year title. Eight years later, the Grammys would pull a similar trick when Herbie Hancock’s Joni Mitchell tribute album was deemed a greater record than Amy Winehouse’s Back To Black and Kanye West’s Graduation.

Gina G, Eiffel 65, Lionel Richie – the Grammys are notorious for getting the Best Dance Recording Category nominations hopelessly wrong. But nothing exemplifies just how little they ‘get’ the genre more than the decision to award Baha Men’s highly irritating, if highly infectious, novelty dancehall number, “Who Let The Dogs Out,” the title in 2001.

In a year which produced modern classics from SBTRKT, Rustie and Jamie xx, the Grammy panel believed that the hipster-haired nuisance Skrillex and the brainless brostep of Scary Monsters and Nice Sprites was more deserving of the Best Dance Album category in 2012. Incredibly, he’s since picked up a further five awards. To put that in perspective, Diana Ross, Bob Marley, Queen, Led Zeppelin and Jimi Hendrix have never even won one.