The (Hidden) Impact of MTV Unplugged 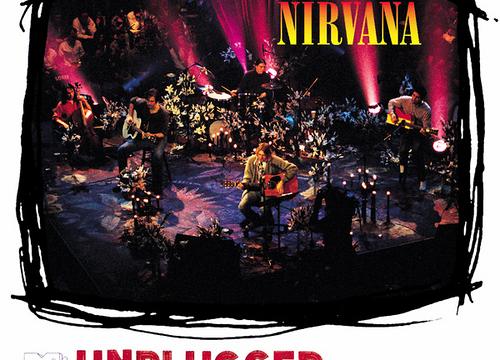 Anyone in their twenties or older is invited to join me now in reminiscing about “back in the day”. The day I’m talking about is any one of the days from the late 80s to the early 00s, when MTV used to play music, at least most of the time. If you wanted to watch a music video, or learn the history of a legendary band, or see a live performance you missed, MTV was the one channel that stood out as the place where music could be seen.

We all know that it’s mostly Jersey Shore and ads now, but MTV had a heavy hand in shaping the music our generation developed.  Would Nirvana’s Smells Like Teen Spirit be remembered as anything other than a brief explosion of angst without its cheap-as-dirt video in our faces every five minutes? Interesting fact: it remains the most-played music video on MTV today, and at $3,000 it is the video with the lowest production cost to make it on to MTV (until they started airing homemade YouTube clips, of course).

MTV was always known as the place where you could watch increasingly elaborate and well-produced music videos, but in 1989 they did something which surprised a lot of people. They did a concert in a small venue, with only a tiny audience, and they made a bunch of hard rockers - Squeeze, Syd Straw, and Elliot Easton – play some of their hits on acoustic guitars.

This was new. Until now, rockers had rocked and folk singers played acoustic guitars to fields of hippies.  You might find the odd ballad on an album, at the end before the remixed version of the title track (Def Leppard, we’re looking at you). The segment was a massive hit, and it paved the way for artists like Elton John and Stevie Ray Vaughan to do similar concerts in the first 13-episode season.

The idea actually came from a decade earlier, as Kevin Barber notes on his article on the profitability of the MTV Unplugged series. A benefit gig called The Policeman’s Ball in 1979 featured Pete Townshend performing two numbers acoustically.  It turned into what Barber calls a “groundbreaking performance, because it was very rare to hear someone play one of their biggest songs in such a stripped-down interpretation”.

The series eventually nabbed names like Aerosmith, Paul McCartney, Sting, Elvis Costello and The Cure, to name a few.  The shows were all stripped-down affairs in intimate settings, with only a handful of audience members. MTV Unplugged made history again in 1991 by inviting LL Cool J, A Tribe Called Quest, MC Lyte, and De La Soul to do the first acoustic rap session.

As you can tell from the artists mentioned above, the MTV Unplugged talent pool included someone from just about every genre.  You could imagine Bob Marley doing one, or Ozzy Osbourne.  The point is that the show catered to just about every music fan out there, because it showed them a new side to their favourite songs.

But it was primarily something to entice yet more teenage viewers to join the ranks of MTV-addicts, and so in 1993 when Nirvana agreed to do a few sessions for MTV unplugged, the announcement was met with hysteria. Dave Grohl said that the band wasn’t too keen on doing what all the other acts had done (naturally), and they planned to do something different.

Droves of fans showed up to try to get in, but only a lucky few did. Those who got those precious seats got something they weren’t quite expecting.  There was no Smells Like Teen Spirit. Instead the band played six covers of songs few people really knew, and some of their own lesser-known material. While popular music fans were disappointed, the album remains a prize in all Nirvana fans’ collections.  I bought mine when I was thirteen for $6 from a thrift store in Eugene, Oregon while on holiday visiting family, and I’ve probably listened to it a thousand times.

The effects of MTV Unplugged, which this article is supposed to be about, are quite plain to see. It was an evolution that took place over more than two decades, but what it gave us was a blurring of the lines between acoustic and hard performances – and the way in which we receive crossover attempts.  More importantly, we’ve learnt to place an enormous value on small performances, where artists truly connect with their fans and show them something they’ve never seen before.

One thing that’s special for me about MTV Unplugged is that each performance is a once-off, and yet each continues to provide a contrast to (or sometimes to dominate) an artist or band’s style and native genre. Eric Clapton’s Unplugged performance is what made me listen to his other albums, and Kurt Cobain’s haunting vocals in Where Did You Sleep Last Night is what made me interested enough in him to learn as much as I could about the type of man who identified with such a song, and could reproduce it with so much conviction.

MTV Unplugged made it cool for a rocker to sit on a stool and play an acoustic guitar and that, in my mind, just about makes up for Jersey Shore.