How Millennials and Generation Z Missed Out On Radio 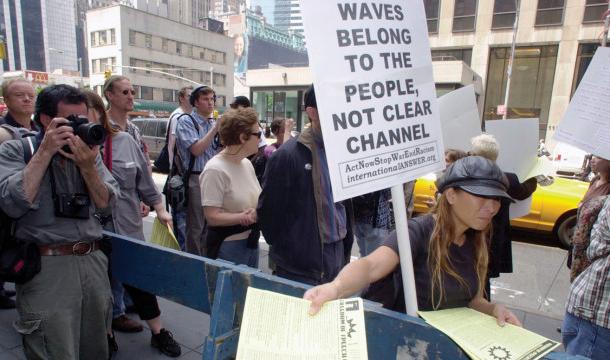 Disclaimer: Dis 'ere 'claimer needs to be said in prefix: The title is a generalized reference to people born after a certain time. I know, even naming generations on the Internet anymore disgusts me too, because people are turning it into the new astrology. But we're not here to accuse any generations of killing radio or eating too much avocado toast.* This is about US communication laws which killed radio.

(*) But seriously, AVOCADO TOAST? That is your standard of an expensive luxury item that a spoiled, self-indulgent youth would decadently consume? Because look, they're five bucks a bag at Target. You get guacamole in a little plastic cup for free with a taco. Besides the point that I have never seen avocado toast on any menu anywhere, in my entire life, but then I am born 1969 (sweeeet!) so obviously I'm not going to the right hip restaurants. But I digress…

So about this whole thing where we sort people by birth year groups: That was invented entirely by us marketers (or "market-kateers" when we put on our Mickey Mouse ears) for the purpose of making sure the ad about estate planning reaches somebody in the 50-60 age range. That's it! Fighting generation wars is really, really dumb. Just PSA. Go back to fighting about race and religion and gender and pizza ingredients.

But this is one time where everybody born, say, mid-90s and later has a really legitimate gripe!

Clear Channel Has Radio's Blood on its Hands

Given the present Internet zeitgeist, which is very passionate and well-informed about issues like net neutrality, it is curious that nobody seems to care much for preserving the neutrality of other forms of media. Like radio.

In 1996, then-president Bill Clinton laid aside the saxophone he carried with him everywhere to sign the Telecommunications Act of 1996. That's a big deal. It was the largest overhaul of US commercial media policy in 60 years. Now to be fair, you can see where you'd want to blow the dust off telecommunications policy last touched up in 1934, literally before the first transistor rolled off the assembly line at Bell Labs. The Clinton years had us playing multiplayer Doom II on home PCs by then. Everybody was yelling to update our telecommunications policy.

But one accidental provision of the act proved to be short-sighted: It deregulated the number of media broadcast licenses that one entity could own. In Capitalism - as far as is known to date - you need some limit on how much of the market is controlled by one corporation, which is why we have antitrust law. Furthermore this 1996 act is often blamed for a lot of our broken media today. This study at the Edward R. Murrow College of Communication points out that political polarization might have been agitated by the loosening of media laws, for example. 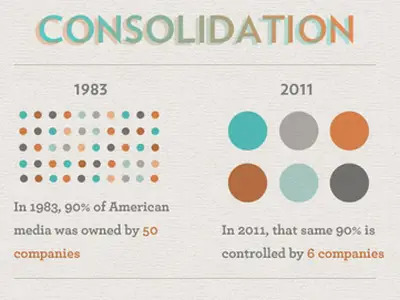 Naturally, deregulating the broadcast market made the way clear for one corporate bull to charge in and devour it, and Clear Channel Communications was the right bull at the right time. Clear Channel, now known as iHeartCommunications after the rebrand, devoured dozens of station broadcast licenses and then homogenized them all as one channel. You can forget local color, regional bands, or quirky DJs who might give an indie record a spin. When Clear Channel came to town, they shut down all that fun. You are getting Top 40 songs according to our algorithms, from sea to shining sea. The same ones over and over and over and over… If Clear Channel didn't own an alternative station, it set the pace that others had to fight to keep up, so the station ended up with the same playlist anyway. 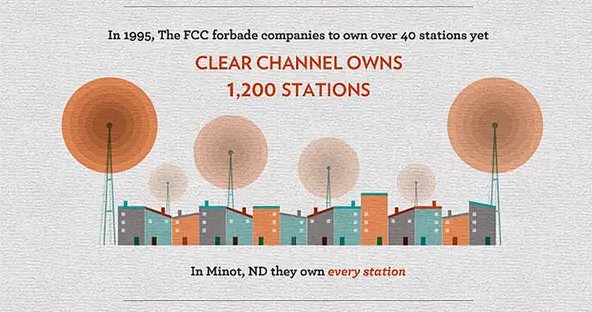 Radio Started to Really Suck at the TOC

At the Turn of the Century, everybody including your humble author was too busy doing code sweeps at major banking computer centers as part of the effort to ward off the Y2K bug. We kinda ignored radio, but we'll never forget Ricky Martin on 1999 New Years Eve singing "Livin' La Vida Loca!" It was the very last time a song would ever chart just because people liked the song. From then until this day, songs chart on radio stations because Clear Channel says so.

Clear Channel was also the first company to throw its weight behind a political party in the biggest way possible, naturally siding with the right wing (a Republican-controlled congress drafted the bill) which wanted to deregulate industry even more. Thus they are tied to the fate of the Dixie Chicks, who came out on stage criticizing then-president George W. Bush and then subsequently found themselves booted off every Clear Channel station and the subject of a Dixie Chicks demolition night.

The Dixie Chicks were just the Sally Yates of the iceberg, though, as radio from the Turn of the Century onward got southern-Texas fried into the whitest, malest, straightest, most conservative mainstream ever seen. A few of each token minority were given air time, so the big female R&B pop stars ran away with all of the money while 99% of female artists labored in complete obscurity. Likewise the list of producers was thinned tremendously during the early 2000s as well.

Before, mainstream radio music had been a cosmic slop of artists rapidly rising and falling. Quirky new acts would turn people on, everybody went for one narrow genre and then came back the next year, and so on. Now, the same song sticks to the number one for months at a time. The same style and studio and lyrical range and vocal tone and degree of autotuning, all forming this hivemind drone.

The amazing thing is that music did not die. It simply bears testimony to the human spirit that Clear Channel didn't make us all live like this: 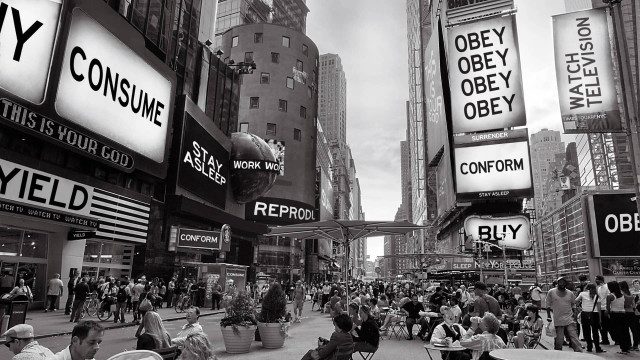 Instead, music culture noticed that radio was no longer a reliable home, and searched elsewhere. MTV was no help, turning into a reality show meat grinder - again, the great media consolidation was to blame for the plunge in cable TV quality as well. So what was the salvation of music?

Since the Turn of the Century, Millennials and Generation Z basically have two main cultures of music: Vintage, and New Indie Stuff. The vintage music from the 60s, 70, and 80s is the same top-40 radio dictated by corporate interests even before the Clear Channel radio apocalypse. But it's still lying there waiting to be discovered by new generations. The Internet preserves media very well, and so mainstream music culture is kind of frozen in amber forever. Why strain yourself tracking down a new sound when you can discover a whole genre of music forty years before you were born? Hence visit high school to pick up your kids, and notice how many kids are running around in Tshirts with Dead Kennedys, Black Sabbath, and Bob Marley on them.

The other avenue is the new music being cranked out all around us, on YouTube, SoundCloud, Spotify, iTunes, and so on. Bands and artists today simply accept the fact that they do not have the benefit of radio airplay to reach new listeners. They have to self-promote on Twitter, pass the hat on Patreon, and hopefully get up enough popularity to break ranks and advance to something like being picked for the soundtrack to an indie film director's passion project which he is also funding off Patreon.

And how do you discover this new music? Partly on passionate little indie blogs like this one. This has been a story about free-market Capitalism at work, where the harder you try to grip control of the market, the more it slips through your fingers. We kinda wish all systems were as self-correcting as music culture.