"Put Another Dime In The WHAT?" - Songs That Mention Obsolete Things - part 3 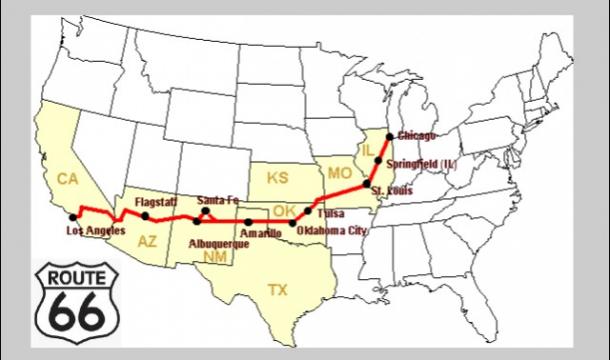 Continued from part 1 and part 2, this is a list of yet more songs we've found that mention obsolete technology, except now we're broadening our scope to just plain historic references that modern audiences won't get. If you've been trying to interpret lyrics and got stuck on one reference, this is probably one of those.

Oooooh, that's cold! But if Macaulay Culkin isn't obsolete by now, he soon will be. "Black or White" came out in 1991, and a lot of parts of the video need some explaining. Macaulay Culkin was hot (HOT! HOT!!!) from all the Home Alone flicks, and that guy playing his dad is George Wendt, famous from the TV series Cheers. The mom is also briefly shown reading a tabloid headlined "I Was Abducted By A UFO" - this is a reference to the old black and white supermarket rag Weekly World News, which gets parodied all the time.

But yeah, Macaulay Culkin... how fitting is it that he's the child star in this video for a celebrity notorious for going downhill, and now Culkin himself is looking seedier than a pomegranate?

"Askin' me for $20 with $10,000 on his arm..." Rolexes were watches. No, really, kids, it's hard to believe these days, but that's all Rolexes were. They didn't play music or show videos or track your miles jogged or pull up your email. Watches, themselves, are just about obsolete these days, the domain of either Generation X and older or the hipster set. Anyway, Rolexes were a really expensive line of watches, so the song's commenting on greedy money-grubbing televangelists of the day. If you're wondering why televangelists were such a hot target in the '80s, well, start with the P.T.L. scandal and work your way up from there.

By the way, Ray Stevens is a gifted novelty song producer with a long-standing career, and you probably get him mixed up with Weird Al Yankovic now, don't you? Check his catalog, he's a real hoot.

You've probably heard "Return To Sender" a dozen times and yet never wondered what the 'zone' in "No such zone" meant. Well, you see, we used to use postal zones for delivering mail. Now we use ZIP codes. Since mailing a letter itself is becoming an antiquated practice, we have to explain that postal ZIP codes are actually an acronym, standing for "Zone Improvement Program."

Oh, and handing a letter to the postman personally and then it has time to get all the way there and back again by "bright and early next morning"??? Nobody is sure if the post office was ever that fast and efficient even in Elvis' day.

A Rolodex was the brand name of a little spinning wheel index card system. Look, Al gives you a very good demonstration of the thing right there in the video. Before computers and smartphones, this was how you kept your contacts' phone numbers and addresses. These days the equivalent would be "deleting you from my phone list" or perhaps "Unfriending you on Facebook, unfollowing you on Twitter, unchecking your sub-Reddit, removing you from my Google+ circles, unhearting your Tumblr posts, unsubscribing from your blog's RSS feed... aw the hell with it, this is too much work, let's stay together."

Oh, but this song is a parody of 1950s doo-wop, so Al slips in a few other old-fashioned references... "malt shops" were like cafes in the 1950s where they served milkshakes and were the stereotypical teeny-bopper date hang-out, Daddy-O. And at a gas station... get this... there used to be an attendant who would come out to pump your gas for you. And possibly check your tire pressure, check your oil, clean your windshield, change your baby's diaper, iron your work shirts, and clean and dress any fish you'd caught. And the self-service pumps were where you'd pay cheaper to have to do all that yourself.

Missing: One whole trans-national highway? Where did it go? How do you lose a whole freeway? Well, the "historic Route 66" is still there, technically, but it's been paved over, signs moved around, and replaced by a lot of freeways. It used to run almost a beeline from the Great Lakes all the way to Southern California, and was celebrated in song, TV, film, and fiction for decades. For a similar highway memorialized this way, there's PCH, Pacific Coast Highway, running along the left coast of the USA.

There, did you get your kicks? Join us next time, grandkids, when ol' unca Petey teaches you young whippersnappers how to ork a cow.