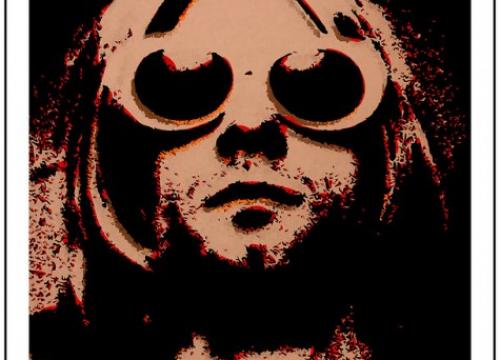 It seems a natural progression to go from the crass, hard punk of the 1970s to Cobain’s (slightly) more melodic and angst-filled grunge.  However, Cobain’s influences weren’t quite as simple as that, and any fan reading a biography might be intrigued to find some very un-Nirvana like bands topping Kurt’s list of favourite artists and albums.

It might be difficult for someone who grew up in America or the UK in the 1990s to understand, but if you go back only 10 years getting hold of music was a very different thing. I can understand this, because I grew up in South Africa, which took about 20 years to catch up to the brief era of HMV and Virgin Music stores, where you could buy just about everything.

It wasn’t hard to get hold of Nirvana albums (I had them all, and I definitely wasn’t a rich kid), but I was a staunch NoFX fan in my teen years, and buying one of their albums meant that you had to get a parent to agree to let you use their credit card to buy an album that was triple the price of the pop albums in your local CD store, and then wait six weeks for it to arrive.

This was the kind of environment Cobain grew up in – one where you heard about a band sometimes months or years before you even heard a snippet of them on the radio, let alone found one of their records in a store.  And he was broke all the time.

By the late 1970s Kurt had heard of punk music.  He hadn’t heard any of it yet, but he loved what it seemed to represent.  It had all of his values, and was made the way he believed music should be made. So imagine his disappointment when, in 1979 he pawned a large portion of his record collection to buy concert and bus tickets to go see a touring UK punk band, and they sucked.  It didn’t sound anything like what it was supposed to sound like.

Cobain later bought Sandinista! by The Clash and some Sex Pistols albums, and found them more to his ideological, if not musical, tastes. He had great respect for the Pistols, saying that they were, “one million times more important than the Clash” in his posthumous journals.

Kurt’s other influences were massively varied, from obscure local folk bands to big names like Queen and Led Zeppelin.  His favourite band by a huge margin was The Beatles, to whom he was exposed daily as a child. It might seem strange how someone who enjoyed what was traditionally mainstream rock and pop so much would come to be a figurehead for the counterculture.

But if you look at the way he hated his fame, and hated how most of his fans seemed to have misinterpreted his message and his music, it’s not that difficult to see why punk is the most important influence we should be looking at in Nirvana’s music. Sure, he idolized The Pixies and emulated their sound, and he said of REM, “If I could write just a couple of songs as good as what they’ve written … I don’t know how that band does what they do. God, they’re the greatest.” – but he didn’t think like those bands, didn’t live like them, and didn’t write music in the same way.

He wrote music because he was angry or upset or disillusioned with what he saw out of his bedroom window and on his way to the grocery store. He wrote music the way he did because he was passionate and creative but completely unguided in his creativity, and the greatest aspects of his talent. Punk music, while not providing a classic “musical” influence, provided an ideological one that, without his fans even knowing it, shaped them into a generation of new punk rockers.