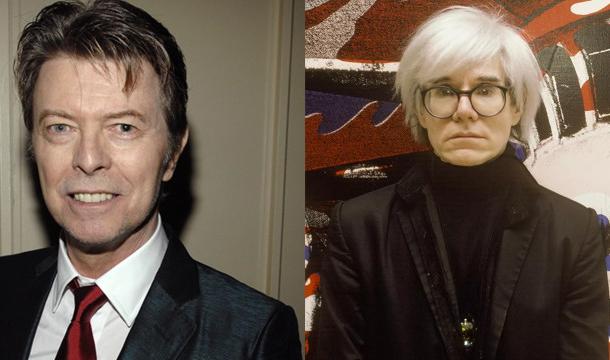 We all know that Jenny's phone number was 867-5309, how sweet Caroline was, and how Jessie has a girl that watches him with those eyes. But those are all just regular people, average work-a-day salt of the earth.

But we also have songs about celebrities. Even the most celebrated musicians, themselves celebrated celebrities, feel the call to pay tribute to famous figures in both the present and throughout history. These are some of their stories, which we've done introduced enough already:

We start with Zappa, because everything begins with Zappa! Even though Elvis Presley passed away in 1977, Frank Zappa and his crew didn't pay tribute until 1988, on their world tour. It is as much a tribute to the enduring legacy of the title meme as to Elvis himself. This song saw release as the first track off their 1988 Broadway the Hard Way album. Fun fact: Even though the album was never intended to be associated with stage media beyond the punny title, it still was honored with a Grammy nomination in 1990 for "Best Musical Cast Show Album." Somebody at the Grammys wasn't paying attention.

From one weird, visionary genius to another! David Bowie had nothing in mind with this composition beyond paying tribute to another artist he admired. It's very fitting, and you can see a lot of Warhol influence in Bowie - Warhol, after all, was the impetus behind acts like The Velvet Underground. This song, written by Bowie, was released on his Hunky Dory album. Rock legend has it that Bowie sent Warhol a copy of the album and even performed the song for Warhol live, but Warhol's poker face made it hard for Bowie to gauge his reaction. Later interviews confirmed it - Warhol hated the song!

OK, but why did Scissor Sisters make a song about this particular Beatle? We're as much in the dark as you are! Despite its title, Paul McCartney doesn't seem to appear in the lyrics at all. There are the lines "Maybe now, You will hear me now, I'm just in love, In love with your sound" so it's apparently just a big stan song. This song is off the Scissor Sisters' 2006 Ta-Dah album, and is one of the few Scissor Sisters songs written in collaboration with Carlos Alomar (of David Bowie's band fame). You like how these tie together?

Obviously, Weezer is still huge. Weezer is so huge (particularly on the web) that we kind of try to avoid having them take over this whole blog. But among celebrity tribute songs, "Buddy Holly" is pretty much the first example that likely popped to mind when you saw this title, so we'd better include it. The video was famously filmed on the set of the original TV sitcom Happy Days, complete with a cameo by original cast member Al Molinaro, among others. The song also references Mary Tyler Moore just as much as Buddy Holly, and in fact isn't about them, but the songwriter comparing himself and his girlfriend to them. Weezer's Rivers Cuomo wrote the song as a clap back when friends disparaged his girlfriend.

Here is another great music legend paid tribute by a later artist. Geeks can't help but love Fatboy Slim's 1996 Better Living Through Chemistry album - it features a floppy disk as the album cover art, back before they became everybody's permanent save icon. This song, really just chanting Michael Jackson's name, was a B-side to "Going Out of My Head." It features samples from, among others, Negativland's song about Michael Jackson. What a coincidence.

"Weird Al" Yankovic - Stuck In a Closet With Vanna White

Weird Al, you already know. You'd better know, he's another artist where we risk becoming a blog about just him. Vanna White, contrary to the other examples here, has nothing to do with music. She's a game show host on the long-running TV show Wheel of Fortune. Just for those of you who never watch TV. This song is merely a description of Weird Al's surreal dreams, which happen to return to the title scenario. It's completely random, unless maybe Al has a thing for Vanna. Oh, and this song isn't a parody or cover of any other song. Did you know Yankovic also writes his own original tunes?

Oh, you never thought you'd end up in Ozzy's dungeon of horrors, did you? This is, naturally, a song about British occultist Aleister Crowley, one of the biggest names in occult history. While Crowley did not have anything directly to do with music, he was a poet sometimes. The occult sect he founded continues to be widely practiced today, so many bands have paid him tribute, especially if they're Goth or Metal. He was a huge influence on Led Zeppelin to the point of his motto of "Do What Thou Wilt" being etched into their 3rd album. This song was released on Ozzy's debut solo (post-Sabbath) album Blizzard of Ozz.