Moving to the Country, Gonna Smoke a Lot of Peaches 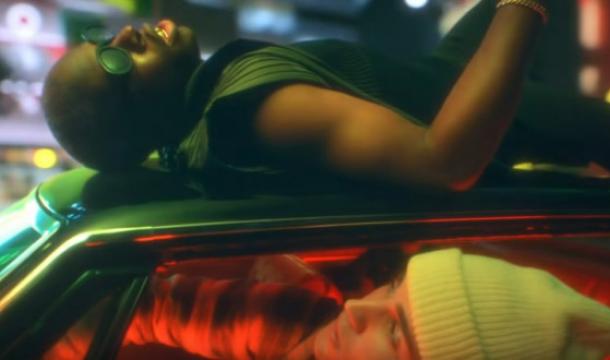 EDITORIAL NOTE: And we're back with Lyric Interpretations! Excuse our long hiatus here, since 2014. Schedules got shuffled back there, we don't know what happened. But the important thing is that your pop-culture blogging geek, "Penguin" Pete Trbovich, is back to blogging music and all the pop culture goodies that come with it. Just in time for the global pandemic!

So to begin with the top current story, pop star Justin Bieber proves he's still relevant this year with the smash hit song "Peaches," featuring Daniel Caesar and Giveon. This is from his "Justice" album released by Def Jam.

That much you probably know (unless you're one of the resigned masses who doesn't pay attention to Justin Bieber). What you might not have heard is that Bieber has decided, willy-nilly, to launch his own cannabis brand named after the song. "Peaches" even contains the lyrics:

> "I got my peaches out in Georgia,

> "I get my weed from California."

This is a good place to mention that your humble blogger also blogs extensively in the newly emerged cannabis industry, over at Dab Connection. So you are in expert (cough cough) hands here. The Peaches cannabis brand will sell packs of "pre-rolls" (we don't call them "joints" anymore), in partnership with the company Palms Premium. The product will only be sold in four cannabis-legal US states: California, Nevada, Massachusetts and Florida.

How does this work?

There's a lot to unpack here. Firstly, you might ask "Why is Justin Bieber going into the weed business? Is this a thing with musicians now?" And the answer to that is "YES!" In fact, we're starting to think that having your own cannabis brand is one of the definitive qualifiers for whether a pop star has blown up or not.

Bieber will have no actual hand in the process of making pre-rolls. He might stand awkwardly in the cultivation facility for a photo-op, but don't kid yourself. "In partnership with" is cannabis industry code for "we're doing the same thing that we always do, but this doofus paid us some money to slap his name and logo on it for a round."

Prominent music artists with their own cannabis lines include:

Now some of these are rational marketing moves. Artists like Snoop, Willie, and Marley have always been deeply associated with cannabis culture. After decades of prohibition, the new wave of cannabis legalization shines a light on the unfair ways we've punished cannabis advocates in the past, so it stands to reason that the public makes a few moves for reparations. And in some cases, such as Willie Nelson and Snoop Dogg, their involvement in this side business extends beyond being a branding figurehead.

But in a lot of cases, having a cannabis brand is just an ego thing for musicians, particularly hip-hop artists. And in some cases, running a legalized cannabis business turns out to be more complicated than a music artist would be prepared to handle.

Cannabis businesses running without licenses or due process of regulation is the #1 problem in the emerging American cannabis market. In California alone, the illicit cannabis market banks $8 billion per year, outselling the legit, licensed market by a 2-to-1 margin. 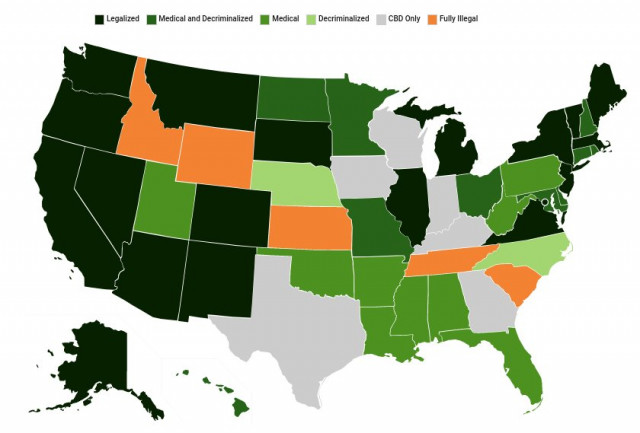 Does Bieber really get his weed from California?

On the black/gray market marijuana circuit, the "plug from Cali" has become legendary as the go-to phantom supplier. States out west are legalizing for both medical and recreational use at a far faster pace than their eastern counterparts, especially down south. So a black market "plug" (a street drug dealer) will buy their empty vape carts off a supplier like DHGate for pennies per unit, fill the cartridges with vape oil -which might even contain actual cannabis if you're lucky - produced in their basement, and then sell these vape cartridges assuring buyers that they were connected to a "plug in Cali" who sent them.

California does have the outstanding reputation for weed culture, of course, along with drugs in general. But come on, Justin Bieber is Canadian! The United States still keeps marijuana illegal on the federal level, but has spotty state-by-state legalization. Cannabis is 100% legal in Canada - at the national level!

The Canadian cannabis scene is a real party compared to the over-legislated and yet under-controlled American cannabis scene. So if the Beebs really is getting his root from Cali, he's being pretty foolish. Of course now that he has his own brand, based in California, he has a new reason to tout California's weed as superior.

UPDATE: Jackie Bryant, a colleague of mine as a rising star on the West Coast cannabis beat, bravely tried Justin Bieber's weed. While she found them OK, they weren't much to write home about.