The Creepiest Songs You’ve Ever Heard 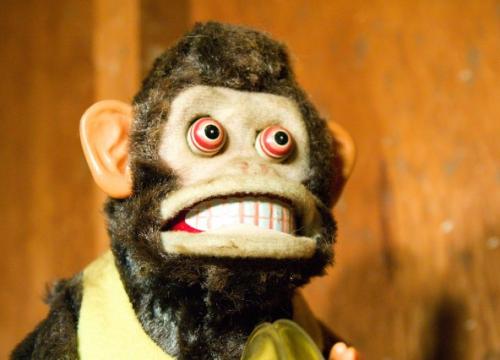 Love is one of the most powerful forces in the music industry, aside from money and marketing. Lyrically speaking, there are likely more songs about love - and the loss of love - than just about anything else. Whether you’re listening to top 40s radio or scouring the underground music scenes, it is utterly impossible to avoid love.

However, there’s a dark side: love, as much as it can be a beautiful and unifying force, can be terrifying and downright creepy when it is unrequited. As it turns out, many songs that you may have thought were charming and filled with an abounding love are actually rather .. Creepy. To this end, we’ve compiled a list of some songs that you should probably never play for your girlfriend.

5: The Police - Every Breath You Take

When listening to just the chorus, with Sting crooning on about what seems to be eternal devotion, it’s easy to hear Every Breath You Take as a sweet love song that would have gone great on mix tapes back when those were still cool. But really, you should see the lyrics:

So: just to set the record straight, not only will Sting be watching everything that you do, but he also seems to have an unshakeable belief that he owns you.

With his boyish good looks and rise to fame through the, er, grassroots organization of American Idol, it’s hard to imagine that Clay Aiken has the potential to be creepier than that kid that sat in the back of shop class with the twitching eye. Let’s have a look:

Alright. Not only does Clay Aiken want to be invisible so he can get inside of your room to watch you presumably powder your nose, but he also wishes that he was invincible - as in, unkillable and someone you couldn’t fend off with a missile launcher - so that he could “make you [his] tonight.”

On the bright side, Aqualung doesn’t seem to be sung from the perspective of or in favor of its subject. On the down side, and it’s a pretty low down side, it’s about a man that seems to be out to steal and, uh, slobber on your kids with his aqualung. Take a look:

“Sitting on a park bench
Eyeing little girls with bad intent
Snot running down his nose
Greasy fingers smearing shabby clothes.
Watching as the frilly panties run
Feeling like a dead duck
Spitting out pieces of his broken luck.”

So I guess on another bright side, Aqualung leaves little room for misinterpretation. Jethro Tull makes it pretty clear just who, what, or what sort of fiend the aqualung is. Undoubtedly, there’s a southern literature student out there whom has written a dissertation on why Aqualung is about something more significant, but it’s pretty hard to deny the directness of the lyrics here.

Ah, middle school memories. Pretty much everybody I knew and didn’t like loved this song, and I can quite easily recall the refrain and most of the guitar riffs. I could, with a little cajoling, even sing some of it - you know, the part where he repeats “Be my angel!” multiple times.

As it turns out, being his angel doesn’t sound like much of a request when read in context. Let’s take a look at the lyrics:

Whoooa okay then. So that, while not creepy, is certainly more direct than I or any of my other middle school compatriots realized. If only we knew, then maybe we could have gotten lucky behind the boathouse.

So then, it seems that Possum Kingdom has rapidly transformed from a song about being a bit forward into one about, well, how to put this lightly. Okay, let’s just be honest: is he really giving this poor girl a choice if he’s beseeching God for what is apparently caution to hold is hand and asking the girl if she wants to die? Presumably if she won’t, you know, “be his angel.”

Personally, I’m going to pass on that walk with you, Toadies guy.

1: Nick Cave and Kylie Minogue - Where the Wild Roses Grow

This was the favorite song of an old girlfriend of mine, and she was about as dark as this song is. Because she wasn’t as sweet as the Kylie’s character, and I’m not the hideous barbarian that Nick is singing as, things didn’t work out between her and I.

Let’s take a look at the last pair of stanzas to see what I mean:

(Kylie singing) “On the third day he took me to the river
He showed me the roses and we kissed
And the last thing I heard was a muttered word
As he stood smiling above me with a rock in his fist.”
(Nick singing) “On the last day I took her where the wild roses grow
And she lay on the bank, the wind light as a thief
As I kissed her goodbye, I said, ‘All beauty must die’
And lent down and planted a rose between her teeth.”

And so, apparently, ends that seemingly-loving relationship. Be sure to keep all five of these songs in mind the next time you’re trying to woo your next potential girlfriend with a mix CD (or playlist, I guess, I’m getting old). Actually, that’s terrible advice. These might be good tracks to get rid of an unwanted girlfriend, though.