Red Alert! The Singing Careers of the Star Trek Cast 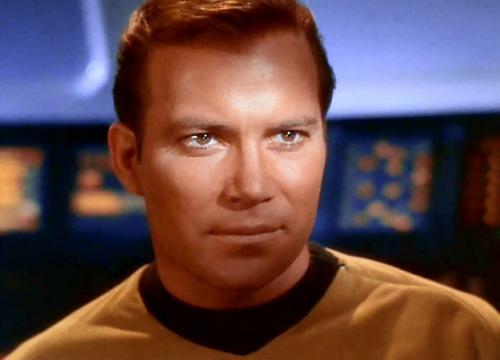 In the film Fight Club (pardon us for breaking rule #1), the two main characters are asking each other "If you could fight anyone, living or dead, who would it be?" And one answers "Shatner. I'd fight...

We know just why, too. The Shat is ironically wildly popular as a result of becoming a raging caricature of himself. Each performance of Kirk in a Trek film being more hammy than the last, then tying on a series of TV show roles as even bigger hams and commercial spots as the Priceline Negotiator, it takes somebody with that kind of audacity to keep going and going with a singing career, while being so inept at it that he basically has invented his own media form. It's not really rapping and it's not really singing. It's a kind of rhythmic talking with lots of pauses and weird emphasis.

And yet... we still love him for this!

We have a lot of ground to cover (believe it or not), so we're going to just throw videos at you until you can't stand it anymore and move on to the next Star Trek person with a singing career. Here's Captain Kirk... ah, we mean The Shat, performing Mr. Tambourine Man, Lucy in the Sky With Diamonds, Rocketman, Common People, and oh, yeah, don't miss his cover of Cee Lo Green's 2011 smash hit "Forget You", as we're politely calling it here. There's oh-so-more where that came from.

Not to be outdone, Nimoy has had a singing career that, if not more famous, has certainly been more respected. Starting with the album Mr. Spock's Music From Outer Space in 1967, Nimoy had a fairly substantial music career of five albums published with Dot Records, the last of which came out in 1970. And then there's his sound bite from the original series, "pure energy," which made it as a sample into Information Society's 1988 hit "What's on Your Mind." But the only sample we're pointing you to is the adorable, don't-miss-it video of Nimoy singing "Ballad of Bilbo Baggins". Just listening to it gives you +10 to geek street cred.

Even in the original show, the character of Lieutenant Uhura was depicted as enjoying the occasional vocal performance, as in this clip from the episode 'Charlie X'. Nichols also released two albums, Down to Earth and Out of This World. Just the cover art of Down to Earth, alone, will show you another side to the Lieutenant you may not be prepared to handle.

Isn't it annoying the way lists of core Trek stars always include Grace Lee Whitney, whose total lines of dialogue in the original series probably didn't measure up to red-shirt characters that died in one episode? Yet she belongs on this list more than anyone, because she had a singing career before the show! She was mainly a jazz singer who worked with many bands including the Keith Williams Orchestra. However, her post-Trek fame eclipsed her former work, with two albums in the '90s, Light at the End of the Tunnel and Yeoman Rand Sings!. Oh, and a 1976 single titled... (brace yourself)... "Disco Trekkin'."

Just tried to get off the ground with a singing career when he performed exactly one song onstage for the only episode of the 2008 reality show Secret Talents of the Stars. And his genre of choice was country music.

While he never took to the stage to warble, he was frequently spotted singing Gaelic folk songs at Trek conventions. This was more to entertain the crowd (he, of all the original Trek cast, loved conventions), than to exercise any notable talent.

Who tried publishing a couple of books of poetry in his time. At least he didn't write song lyrics.