How To Make A Song That Will Be Widely Hated 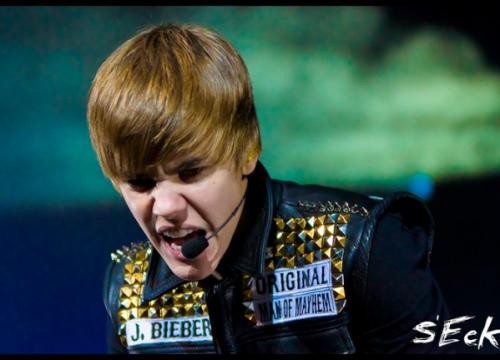 We were going to make a snarky list of top-blah bad songs, songs that make everybody's most-hated list, and so on. But then, browsing all the worst-of lists, two things occurred to us: (1) These aren't bad songs, just widely hated songs. You will still find people who claim to love them and they still were successful enough to get airplay and sell discs, so they can't be bad all-around. And then we realized (2) a lot of songs that strongly polarize the music audience have some things in common. So, we're going to look at that instead:

When "American Pie" or "In-A-Gadda-Da-Vida" comes on the radio, some people groan and leave the room. It's most likely that the single cut just goes on too long. This reaction is extreme, by the way. Do not play it while driving down the freeway, because some passengers will actually try to depart from the moving vehicle out of pure reflex.

"You Light Up My Life" and "I Will Always Love You" are songs universally hated by males. Women, if your guy says he likes these kinds of songs, he's lying to get into the sack with you. And songs like these also have too many sustained long notes. The correct way to spell "I Will Always Love You" is "Eeeeeeeyyyyyeeeeeeeiiiiiiiieeeeeiiiiiiiiieeeeeeiiiiiii will always love Yoooooooooouuuuuuuooooooouuuuuuuooooooeeeeeeooooo!"

What's corny? I can't tell you, but I know it when I see it. "Thank God I'm A Country Boy" is corny. "Muskrat Love" is corny. "AAAA-aaaa-AAAA-aaaa-AAAAfternoon Delight" is corny. "Escape (the Pina-Colada song)" is corny. In fact, we could have called #3 "be adult contemporary" but the title is needlessly wordy.

Nobody sings "I'm Henery the Eighth, I Am" because they like it; they sing it because it's funny how irritating it is. Songs like "Macarena" appeal to dorks who aren't cool, but think they'll be cool if they imitate the arm gestures. Same goes for Sir Mix-A-Lot's "Baby Got Back" which has been forgotten by everybody for two decades except dorky couples who play it at their wedding to show everybody how hip they are. Pro tip: If you never listen to the song in private and make a point to always play it and perform along with it in public, you're a dork.

"Seasons in the Sun" wouldn't be so bad if it wasn't apparently about some guy dying - and yet it tries to be this bouncy, toe-tapping melody. It's like the way a psychopath must view dying. "Young Girl" isn't any great beans in the first place, but then you listen to the lyrics and it's about a guy warning away a girl who's too young for him but he has overpowering lust for her anyway. Urrrlp! And "Sometimes When We Touch" is mushy (see #2) and creepy at once. When you stop and think about it, don't lines like "I want to hold you 'til I DIE!" sound like something the obsessive psycho stalker says as he drags you out on the window ledge so you can leap to your death together?

Funnily enough, songs that drive a sizable portion of the public crazy also seem to make a great deal of fame and money for themselves... Hmmmm...