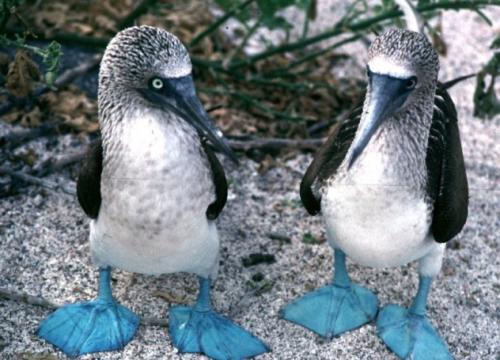 Nothing annoys those of us who write in music more than seeing urban legends and myths posted in the comments section. Irrepressible 14-year-olds with their minds permanently stuck in the gutter post on every song "This song's about titties! Hee hee hee!" Invariably on the wrong songs.

Look, folks: The POINT of double entendre, a half-French phrase meaning "two intentions," is to leave it ambiguous as to which meaning you intended. Dwell and meditate upon this wisdom. If you just say "sex," that's not double entendre, because that word doesn't have any non-sexual meaning. If you say "pussy," that certainly can be a cat, but in our wised-up age will undoubtedly be taken for the other meaning. Say "kitty" and now we're getting somewhere. Also, the kind of mistake we rave and rage against is the kind of mind that reads double-entendres into everything. There are not, nor probably will there ever be, sexually-charged double meanings to phrases like "reading the newspaper," "forecasting the weather," or "responding to a court summons."

Rule of thumb: If Beavis and Butthead aren't chuckling, it wasn't a double entendre.

See how this works? This is very obviously a song about sex with a young gal, so there's no need to play around with coy references. But Warrant does it anyway, just for funsies: "So I mixed up the batter, and she licked the beater!" This was actually an unusual song for Warrant; pity that it's their most famous one, to their disgust.

When it comes to Perry, the innuendo isn't there to be cute so much as to dodge the censors. She does her very sparkling best with this song, though, what with getting away with repeating the syllable 'cock' until it's funny. "Are you brave enough to let me see you peacock? Don't be a chicken boy, stop acting like a bitch. I'm a peace out if you don't give me the pay off, Come on baby let me see whatcha hiding underneath."

AC/DC mastered the art of thinly-veiled references to sex in hard rock decades ago. "She blowing me crazy 'til my ammunition is dry... She's using her head again." Suffice it to say that this song has nothing to do with pet ownership.

A novelty act who are tailor-made for Dr. Demento replays, these guys quite deliberately milk the homonyms "seamen" for "semen" for all it's worth and a nickel more. (Beevis: "Heh, he said 'milk', he he he" Now they've got me doing it.) It starts out with naming locations like the hallway and fireplace, but then it gets to seamen in hair and underwear so it leaves no doubt. Adorably animated in this machinima in what looks like World of Warcraft:

Like Katy Perry, it's tough narrowing down Lady Gaga's songs to just one example. "I wanna take a ride on your disco stick." is both obvious and ridiculous, and in case your were still too thick to get it, she actually has to say later, "I'm educated in sex, yes, and now I want it bad." Boo! No points awarded for style.

Practically the most famous song by ol' Chuck by now. It was, in fact, his only #1 single, and wouldn't you know it's his only novelty song. Needs no explanation here, but in the time it was made, it stands as a masterpiece in the art of double entendre. Berry even innocently clarifies in the first verse that it was "silver bells upon a string." By the way, at this writing, Chuck Berry is still alive at age 86 and reportedly still feisty as ever. He toured as recently as 2008, and still makes regular stage appearances at Blueberry Hill restaurant in St. Louis, Missouri. How's that for a living legend?

Certainly the coyest effort on this list. You really might hear this song as a youngster and think she's actually talking about a key for her roller skates. Yet it's brimming with fresh, confident female libido, and at the same time using wholesome words throughout, even in context. Here's the same song used in a commercial about a globe-traveling baby just to underscore that fact:

Finally, we leave you with another novelty act that takes double entendre to an art form, and accompanies it by a video that would make Andy Warhol plunge his Sticky Fingers into his Velvet Underground: