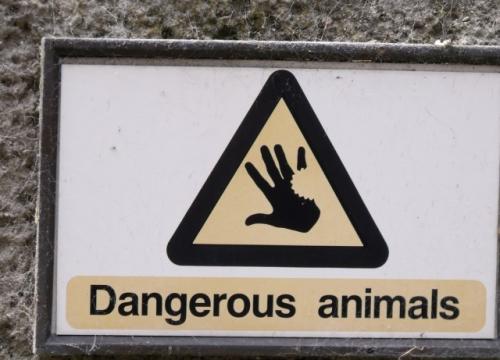 As Richard Dreyfus recounted of the production of Jaws, "We started the film without a script, without a cast and without a shark." And it got worse from there: the mechanical shark kept malfunctioning and sinking, a ship sank with actors onboard, salt water destroyed film reels, and the whole production ran double its intended schedule and $5 million over budget. But did they give up? No, and the result was what we now know as the original summer blockbuster.

It goes that way with albums, too. "Record music in a studio" - it sounds so simple, and yet various albums are all but sunk by the relentless bad voodoo that takes its toll on the artists, making them feel like they were cursed. Herein, we pay tribute to those albums that just barely got made, at the cost of sanity and sometimes risking life and limb.

Hysteria - Def Leppard - Probably the worst thing that can happen to a drummer was when Rick Allen had a car accident on New Year's Eve, 1984, that resulted in the complete amputation of his left arm. He soldiered on with a modified drum kit, while the band never gave up on him and he never gave up on the band. But on top of that, producer Mutt Lange had to drop out and the company sent in Jim Steinman, and Deff Leppard and Steinman mixed like oil and water. When the album finally came out, it was over budget and furthermore couldn't get a decent showing on the charts until the fourth single, "Pour Some Sugar On Me", allowing them to recomp their losses.

Gaucho - Steely Dan - Another car accident took out Walter Becker, who got run over while on foot and was in the hospital basically a bandage mummy. So he continued to collaborate with his compadre Donald Fagen by telephone. Next, Becker's girlfriend died of a drug overdose in January of 1980, and her family tried to sue him for $17.5 million claiming that he'd gotten her hooked (the case was lost in Becker's favor). More mundane production problems and studio hassles ensued, and then when the album came out, both MCA Records and Warner Brothers Records challenged the band in a contract dispute over the ownership of the album.

Chinese Democracy - Guns 'n' Roses - Quite possibly the most infamously troubled album in history, it took fourteen years from writing the first song to completed release. Band personality clashes began. Slash, Izzy, and Duff all quit in this general time period, and a virtual parade of replacements were hired and then quit. Add to that more personnel juggling at the producer and manager level, which at one point led to the decision to throw every recording away and start over from scratch. Finally the record label stalled on releasing it, adding another two years of delay. Final production cost: $13 million. And after all that, only the title track single ever made it into the Top-40 - barely!

Invincible - Michael Jackson - Jackson's final album was as good as an omen of doom for his eventual fate. Four years in the making at a total cost exceeding $30 million, Jackson wrote and recorded some fifty songs for it, but only fourteen of those made the final cut. Jackson's continued legal and media troubles didn't help matters any. Then towards the end his infamous contract dispute with Sony looked like it would doom either him or Sony with the war of negative press. In spite of this, the album went on to be a worldwide success.

Smile - The Beach Boys - The album's production history, starting in 1966, was the most ironic contradiction to its title you could imagine. Point blank: Brian Wilson went nuts, collapsing into a quivering heap of drug-fueled paranoid delusions. For example, he believed that one of his songs was cursed and playing it would cause a fire to break out near the studio. The band quarreled and broke up around him, and that would have been the end of the album, except that Wilson finally resurrected it and released it as a solo project... in 2004.