Storytelling Songs: Music That Does More Than Just Sound Nice 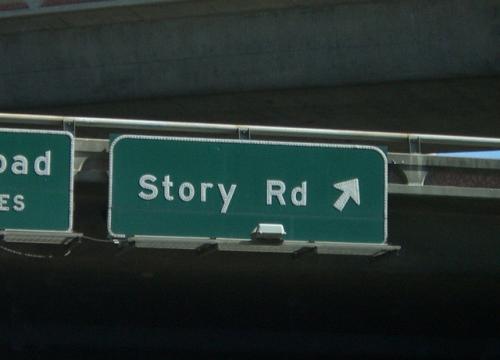 One of the most powerful and significant forces in the history of mankind has been that of the song. While music has always entertained, it once held a greater purpose: to record history, and to tell a story. Although the songs that dominate the air, television, and Internet waves lately tend to be more interested in cashmoneyhoesclothes, there are still some artists taking a look at the long-form of storywriting, and again using song as a vehicle to tell a story.

For no particular reason at all other than that we love a good story, we thought we’d take a look at some of the better storytelling songs out there.

The Decemberists: The Mariner’s Revenge

The Decemberists’ scored a double story-time hit with The Mariner’s Revenge Song. In addition to being written as though it were recorded in some bygone, forgotten time period of THE PAST, the Decemberists’ applied their trademark, folksy-old-timey sound through the use of accordion and crooning to create a tapestry of, well, story-time. The Mariner’s Revenge Song tells the story of a pair of men that have been swallowed by a whale after a shipwreck, and how the lives of the two men have been interwoven through fate. Abused, beaten, and maligned, the narrator of the song explains to his wretched friend why it is that he has taken it upon himself to destroy him.

This song really shouldn’t come as a surprise to anyone: it’s been an American classic for decades. Telling the story of a young man that was named Sue by his father, it involves Sue following, and eventually catching, the bastard father that would inflict upon his son a cruelty as profound as naming him Sue.

Why, his father responds? Carefully, calmly, and after being beaten bloody by the tough bastard Sue had become, the father explains that he knew that he wouldn’t be around to help Sue grow into a man - and that by naming him Sue, he knew his son would take his licks as a youth, and grow into a tough, hard man, in spite of the fact that his father wouldn’t be around.

Immortal Technique: Dance with the Devil

Easily the saddest, most somber song on our list of story time songs, Dance with the Devil tells the story of a young man named Billy. Billy grew up with an addict for a mother, no father, and in the projects, where he learned the fundamentals of being a gangster. Unfortunately, he was eventually arrested, where he ratted out his friends - which cost him his reputation.

The rest of his life was spent pursuing two things. First, the same thing he had already spent his life in pursuit of: material items, whether cocaine, guns, money, or diamonds, as well as the fame that he believed accompanied such items. The second was redemption in the eyes of his peers, and while his pursuit of monetary gain would help to damn him, it was his desperate, longing need for redemption and acceptance that would lead to his tragic downfall.

After spending years working his way up through the hierarchy of the drug dealers, thieves, and gang members of the projects, Billy is finally allowed his chance to prove himself: he, along with some other members of the crew, would rape and murder a woman. After committing the deed, it comes time for Billy to kill the woman, where he sees the face of his mother - and is overcome with guilt, and leaps off of the building, where he “died with no soul.”

A beautiful song for neither the timid nor the faint of heart, Dance with the Devil is the story of not only the subject, Billy, and of the vocalist himself, but is rather the story of the failure of the American dream for so many of those born into the worst of situations in American cities.