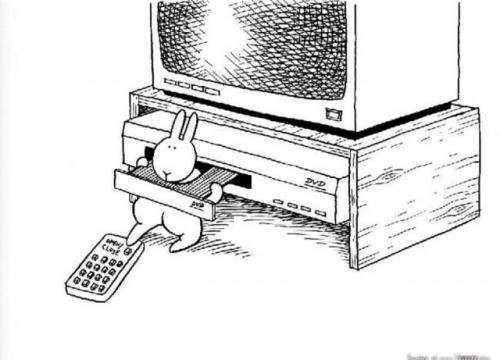 It's a glorious Fall day- sunshine, warmish, and with all the brilliant colors of the season. So then . . . why am I so gloomy? Hard to say, though human emotions are often inscrutable. It's been a rough 18 months, with lots of downs and a few ups. Perhaps it's knowing that the cold, biting days of winter are just around the corner and this Indian Summer will soon disappear; a chimera? Music is generally a great mood booster- a sure-fire way to perk up one's spirits! Throw on (like a vinyl L.P., showing my age) a good Thin Lizzy record and I'm a happy camper . . . usually. But, then, they had a few down songs, also, which I have discussed in a few of my blog entries. I heard one the other day (the iPod was in shuffle mode), "Suicide," and it got me thinking. No, not of my own self-termination, but of how the subject of suicide has been treated in music. Sadly, it is part of the human experience and not so taboo that artists won't touch it. Bear with me as we explore the idea and perhaps we will arrive at a positive destination when all is said and done.

Suicide- Thin Lizzy. We'll start with the song that got me thinking. In this song, the treatment is distant, almost disconnected. The singer (Phil) sings about it from the perspective of a police detective or reporter: aloof, clinical. "No one was really satisfied, `bout number 81," he croons, dehumanizing the victim and reducing him down to a number, one among many. But, at the same time, he's pleading for someone to take interest- "The paper called it suicide, a bullet from a .45. Nobody cared, nobody cried. Don't that you make you feel sad?" The suicide note was "blown aside" and the "body remains unidentified." Such a lonely, anonymous way of going out.

Self-Conclusion- Spill Canvas. A Emo entry (gasp!) but it tells an ultimately uplifting story: Boy meets girl, girl wants to jump from cliff, boy makes offer- come stay with me and don't jump, girl says "yer crazy!", boy persists, girl agrees but warns that if he hurts her she'll come back and jump, boy says "OK, but the reason I came here wasn't for you- I was going to jump too.” Now, a cynic would say that these two angst-ridden teens need to just jump and save us the drama, but the song is performed well and movingly so. It's got lyrical and musical twists, which I like, and keeps it from being too pat, too twee.

Irvine- Kelly Clarkson. Probably the saddest and most genuine song in this entry. Kelly wrote this after/during a breakdown following a show in Irvine, California. It was at the finish of the tour for Breakaway and she was at the end of her rope. Recorded very simply, this song is a plea to God, or whoever is up there, to come and take away her pain, or give her a reason to go on. You can hear the emotion in her voice as she sings; clearly this song has deep meaning for her. I like how she puts the onus on the deity in question- "Will you stay, stay `till the darkness leaves?" Later, she sings "Why is it so hard? Why can't you just take me?"- emotionally gutting the listener, unless they're made of stone. But, for me, the most powerful moment of the song is where she asks "Are you there, watching me, as I lie here on this floor? Do you cry? Do you cry with me? Cry with me tonight." Beautiful, just like the woman singing the song.

Jeremy- Pearl Jam. And now we veer from super-frivolous to super-serious. I never quite understood the shoe-gazing angst of the "grunge" generation, but the message here is probably universal- kids are under intense pressure from their peers, they don't always get along with their parents, and the parents themselves are stressed out. Well, "King Jeremy " here decides to send a message to all the bullies and disconnected parents out there by blowing his brains out in class. With bullying a serious issue and increasingly problematic in the age of social media, we perhaps need to heed the words of "Jeremy."

Tourniquet- Evanescence. The band's sort of hazy Christian message comes through in this song. Here the heroine appears to have slashed her wrists and is bleeding out. She's calling out for her God and a tourniquet- either physical, to stanch the bleeding or spiritual, to save her soul (suicide being a sin in Christianity). I like Amy Lee and she's a good singer, but this song is just a bit up its own ass. "I want to die!!" she screams, only then to cry out for salvation and some way to be saved. Make up your mind, oh misunderstood goth princess.

Beyond The Realms of Death- Judas Priest. An all-time classic by a class metal band, this song tells the story of a person who decides to shut down, pull within themselves. Why? We're not sure, it's never said. Now, one could make the leap and (knowing the background of the band) and assume that singer Rob Halford was alluding to the struggle of being a closeted gay man in a society, let alone a music genre, that was not accepting of homosexuality. In it he sings "Yeah! I've left the world behind, I am safe here, in my mind. I'm free to speak, with my own kind." So, could be. In the song, this person is hand-fed and clothed by those who love him, but in the end he just decides to let go of life entirely. Rob sings "Until one day he smiled, it seemed as though with pride. The wind kissed him, goodbye, and then he died." The 1st solo, by Glenn Tipton, is a masterpiece (for you guitar wonks out there).

A Tout le Monde- Megadeth. Dave Mustaine insists the song isn't about suicide, but the lyrics might prove otherwise. In the chorus, he sings:

À tout le monde (To all the world)

À tout mes amis (To all my friends)

Je vous aime (I love you)

Je dois partir (I have to leave)

These are the last words

And they'll set me free

Soooooo, yeah. This song is taken from the perspective that once gone from this life, the pain stops. And, they leave a hopeful note for those left behind, to think and "smile when you think about me. My body's gone, that's all." It's a powerful song, but done seriously and with some degree of compassion.

I'm certainly not saying, though, that suicide is the answer. Nor do I think any of the artists on this list would say that, either. Do we, as Spill Canvas sang, "flirt with the tiniest notion of self-conclusion," when things get really rough? Sometimes. And, also as they sang, "The key is that you're never supposed to act on it, no matter how bad all this misery gets." We pick ourselves up, consider that maybe this is the only life we get, and find a way to carry on. And, depend on friends and family to lend a hand. Instead of telling someone "You make me not want to live," tell them "help me find a reason to live," instead. For me, music is the get up and go motivator, even when the songs are about suicide.

Other songs about suicide: