The birds and the bees...Bands with weird animal names 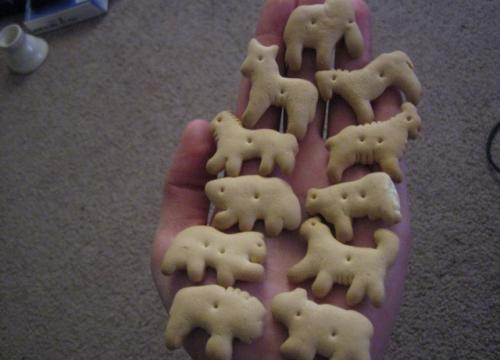 I’m beginning to notice a disturbing phenomenon in the music world. A slew of bands with animal names seem to be emerging. Now I’m all for pretty, fluffy things, but some of these musicians really ought to know better...

Take The Chihuahuas for example. Their inspiration is actually a small, hairless dog from Mexico beloved by zero-talent celebrities such as Paris Hilton. As if that wasn’t bad enough, this country outfit have massacred Prince’s Purple Rain in a banjo-tinged rendition of this classic anthem. Eeuwww! How not to do a cover version. As my dad used to say, ‘a Chihuahua is not a dog, it’s a disease’. Likewise for this band!

Still, I’m not certain I can prove there is a correlation between dire country music and crackers animal names, but if there is, Black Marmot probably gets my vote here. Describing themselves as ‘a blend of acoustic folk and rock’, all their songs do, is remind me of the heavy-set, burrowing ground squirrels this band is named after! Not rock, not clever. Just. Very. Bad. Country. Black marks for this one.

Just in case you think I am being overly harsh on Country Music (every genre has its place!) I’d like to add that rock bands aren’t immune from this either. Just consider the heavy metal band, Budgie. An image of a tweeting bird does not spring to mind, despite the feathery name. This Welsh band are credited as a seminal influence on legends such as Metallica so they can probably be forgiven because they were actually being ironic! American readers, look this word up in the dictionary under ‘British sense of humour’ or just check out their song titles ‘Napoleon Bona – Part 1 & 2’ and ‘Crash Course in Brain Surgery’.

So too, we can probably cast a veil over Zebra, a hard rock band from New Orleans. Despite the fact that being named after a black and white striped donkey is probably more suited to a Ska band, their debut album (of the same name) went gold in 1983 and last year they made it into The Louisiana Hall of Fame. If that’s not kudos, I don’t know what is.

Nevertheless, there is hope. Naming yourself after a marsupial has paid off for UK Indie band, The Wombats, whose album ‘A Guide to Love, Loss and Desperation’ was a surprise hit during the summer of 2007. Their quirky, poppy lyrics on songs like ‘Moving to New York’ and ‘Lets Dance to Joy Division’ are reminiscent of the early days of bands like Blur.

From the land of marsupials, Tame Impala are an Australian band named after a South African antelope. Well, no one said any of this had to make sense! They are an interesting mix of psychedelic rock and smooth, jazzy melodies & their first single ‘Sundown Syndrome’ was used on the movie soundtrack for the Oscar-nominated ‘The Kids are all Right’. As an introduction, I’d recommend you listen to ‘Lucidity’ from their album Innerspeaker.

And finally, because there always has to be a truly weird one, may I present Whale, who aren’t so much a band as a pair of Swedish television personalities who also happen to be ex-lovers. Want to know about those birds and bees... take a listen to ‘Hobo Humping Slobo Babe’ from their 1995 Album, We Care. They care, but we probably shouldn’t!