The Busy Week In Music News 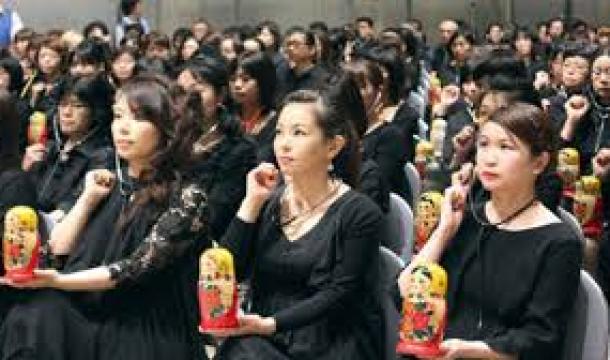 Lots of busy, busy goings-on in music news to buzz about this week, in these dog days of summer when the heat's apparently getting to people.

Kanye West is accused of assault.

Kanye, when will you learn not to tussle with the shutterbugs on your own? Get bodyguards or deal with it. A group of paparazzi swarmed Kanye as he was leaving the airport, and allegedly got into a tussle with one and then rode away. He didn't even let him finish.

Randy Travis' brother got popped for a home meth lab.

As if the singer's own legal troubles weren't in the news enough already, his brother David Traywick and his spouse are under arrest after police discovered a working meth lab in their home. This follows another run-in with the law in September for Mr. Traywick after they caught him cooking meth in a remote location. And doesn't this say something for the country and western lifestyle? Even if your brother's a world-famous singer, you'll still end up whacking up batches of hippie crack just like any old welfare roach at Walmart. Here, we'll let David Allen Coe explain it to you:

Too bad it isn't the ghost of Shakespeare. Corey Taylor has produced a second book, and is thinking about making a planned third book a work of fiction of sorts. Avowed atheist Taylor now claims to be spiritualistic, through vaguely telling Billboard something with the word 'ghost' in it. Mr. Taylor, we have never in our lives encountered a man who can cram more words into less statement than you. Our editors tortured us with Seven Deadly Sins, and we're dreading your next installment arriving in the mail any day now. We hope you could at least afford better ghosts this time.

Miley Cyrus tears at hair, screams "Alright I admit it! It's about DRUGS!"

Now can you all leave her alone? Miley is singing about Molly, no doubts about it now, as she admits to TMZ. The song is "We Can't Stop," and TMZ has the poor taste to include it on their page, while we'll go with a much classier song about Molly:

You're welcome, but TMZ isn't allowed to listen to this, because they lack the coolness. Toast them with your cognac, readers!

At 272 players. That's the largest number of theremin players ever assembled. What the heck is a theremin? It's the instrument shaped like an antenna that you play by the pure witchcraft of waving your hands in the air to produce the sound of the screams of tortured ghosts. Let this exacting, artistic man give you a demonstration before he puts you over his knee for a sound tanning:

And while we're at it, here's the Super Mario Brothers theme, which is just what you get for asking what you can play on this contraption:

Wait, wait, wait, one more! You have to see this! This guy will blow your hair back with his cover of The Buggles' "Video Killed the Radio Star":