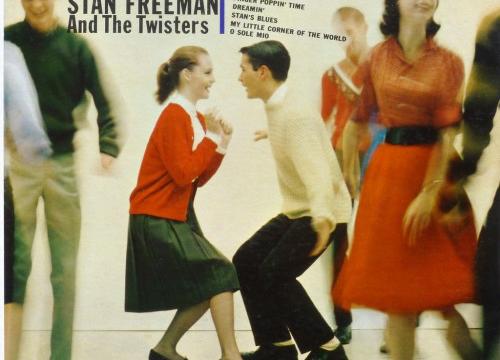 Here at Lyric Interpretations, we're of course in the business of helping you understand your favorite music through analysis. But sometimes, trying to coherently interpret lyrics is the least likely path to understanding a song. This is because the medium of songs unite two art forms: instrumental music and poetry.

We're going to try to keep this from sounding too much like a classroom, but just give you a brief introduction to "lyric mechanics" and an example here and there. All you have to remember is if the lyrics to a song don't make logical sense, they're probably emphasizing to one of the following methods instead:

Symmetry - This is the most obvious one. Rhyming is a form of symmetry - rhyming 'moon' with 'June'. In order to rhyme, to verses have to scan with the same number of syllables (or have a pattern and meter that agree - many singers may fudge a line here and there). Sometimes a rule of grammar or spelling may be broken just to keep the symmetry - a good example is in "Down in Mexico" by The Coasters: "He wears a red bandanna, plays a blues 'piana'..."

Articulation - This is the rule governing a syllable's beginning and ending - it's a matter of whether the syllable is pronounced with an accent, a slur, a staccato, or legato expression. This is easier to understand by example: Which name sounds stronger, "Frank Black" or "Francis Whithers"?

This comes into play the most in music genres that emphasize the spoken word over the music - rap and a cappella come to mind. Rap, especially, calls for crisp, solid syllables that fall into place like bricks forming a wall. Soft adult contemporary music, usually done to a slower tempo, falls more relaxingly on the ear with more whispery syllables. Musically, articulation is a matter of whether you pluck or strum a string.

Meter - This is the pattern or rhythm of a series of syllables strung together. It's practically a whole field of linguistic study all to itself, so pick your nearest English major (they have a lot of time on their hands anyway) and ask them to give you some examples.

Form - This is the farthest-reaching affect, hardest of all to perceive on the lyrics themselves, but a faint influence can be seen. "Form" in music is just the architecture of a song itself, determining whether we go with a verse-verse-chorus pattern or a chorus-verse pattern. Journey's "Don't Stop Believin'" follows a verse-verse-chorus pattern, although even this is loosened up by instrumental pauses. Form also dictates whether the verse and chorus compliment ("Louie, Louie") or contrast ("All You Need Is Love"). You may not know every musical form, but surely you can tell a blues ballad from a Gregorian chant.

Don't think too hard about this unless you want to go pro, or you might end up swaggering around throwing out phrases like "anapestic tetrameter toccata" like it was the most natural thing to say.