The Lazy Song by Bruno Mars and Defying the Work Ethic 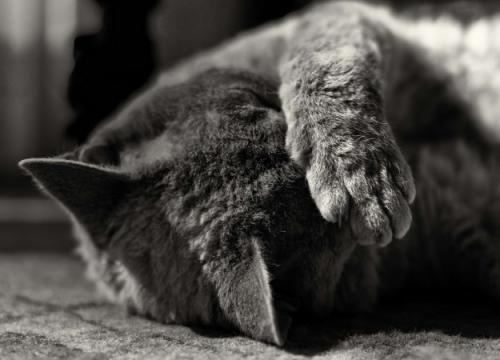 The Western Capitalist mindset almost makes simple solitude a vice. From cradle to grave, we're propelled onto a treadmill of education, job, career, and family, winding up at the end with retirement where even then we're put upon to stay busy spending our life savings. Our wired age ensures that as soon as any of us takes a minute to relax, there'll be a buzzing phone or a pop-up email ready to demand our attention.

Working-class culture occasionally has a desire to lash back at the 24/7 mentality and a fun song like "The Lazy Song" is a great result. Sublime fans will see an instant parallel between this song and Sublime's "Burritos" from their third, self-titled album. "Burritos" doesn't have beans to do with Mexican food and everything to do with the singer declaring "I ain't even gettin' out of bed today." Yeah, and Sublime (ska / punk) is also a couple of genres away from Bruno Mars, how's that for synergy?

Bruno Mars' single has done moderately well on the various international charts ranging from top-10 to well within top-40 territory. Reviewers have mildly suggested that "The Lazy Song" is related to raggae or "influenced by" raggae - but we'll be so bold as to come out and say that it is raggae, as authentically Rastafarian as anything by The Wailers, albeit in a little more modern style.

It's perfect for including on your next playlist for your day off - whenever you get one. You want a whole list? How about the aforementioned Sublime song, Bobby McFerrin's "Don't Worry, Be Happy," Deep Purple's "Lazy," The Byrds "Lazy Day," John Lennon's "I'm Only Sleeping," Otis Redding's "Sittin' On the Dock of the Bay," and the Beach Boys' "Kokomo." There, you should be so relaxed already, you can barely finish reading this blog post!

Interesting note about "I'm Only Sleeping," John Lennon really was something of a bed-bug and Paul McCartney had to wake him up for song-writing sessions. Lennon's long-time friend Maureen Cleave wrote about him that he could be a candidate for "the laziest person in England."

Getting back to Bruno Mars, we have to mention that this is one great showing for a first studio album; Doo-Wops & Hooligans has already scored in the top-ten on album charts in the US, Australia, Canada, Ireland, and New Zealand. The whole album has that care-free, optimistic, pina-coladas on the beach vibe. And Mars has already shown his chops as a song-writer; he's had a hand in various hits by Ke$ha, Cee Lo Green, and Travie McCoy to name a few. He cites both Elvis and Michael Jackson as influences and here he is signed to Atlantic, the perfect place for that kind of muse. What we're saying here is, assuming Bruno doesn't blow it, he's set up to be a very big deal in the near future.