The Evolution of the Science Fiction TV Show Theme 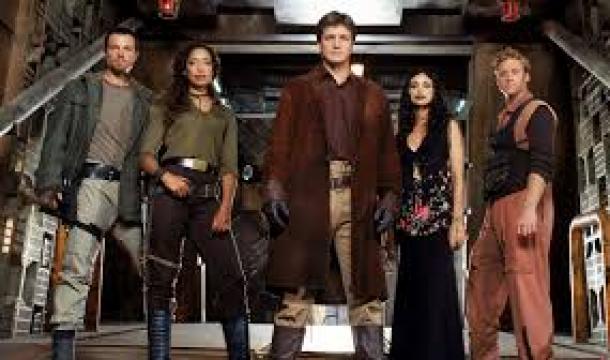 So a bunch of us geeks were sitting around gassing about Star Trek, and somebody got to comparing the original series theme with Next Generation then. Here they are together:

Each opening theme is very much a product of the time in which it was made. The original series, running 1966 to 1969 by Desilu Productions (yes, as in I Love Lucy), took '50s post-war optimism, mixed it with Golden Age SF awe-and-wonder, and produced an operatic score invoking an ancient Greek epic saga. The Next Generation series, running from 1987 to 1994, has a theme that couldn't be more pompous. Make no mistake, this is the Empire's fanfare; you have to restrain a reflex to stand up and salute it. The first theme sounded like it was saying "Isn't space awesome and aren't we lucky to get to behold it?" The second theme sounds like "Aren't we awesome for conquering space and bringing order and human reason to its savage wilds?"

Which got us to wondering, what else can you tell about history by listening to its science fiction TV show themes? Hey, grab some popcorn, this is fascinating stuff!

Fall in love with this vocal theme to the early-60s TV series My Favorite Martian:

Now, there was some mystical, but whimsical, wonder! Space was still remote at the time; the manned lunar landing was still six years away at the series' launch. Mars itself was speculated still to harbor life, or canals, or animals, or something. A man from space - why, we had to take it as a humorous subject, and so a comedy it was.

Take the same subject, a sitcom about a space being visiting Earth to live in a human household, and move it to 1986 and you get ALF:

Boy, did we get over that whole wonder thing or what? ALF was post-Star Wars, post-E.T., and so space aliens were now cute, cuddly, and marketable to the tykes. The theme doesn't make a darn bit of difference. It could have been slapped onto Small Wonder or Mork and Mindy or hell, even Silver Spoons and you'd never know the difference. What wonder? This is a fuzzball born for the sole purpose of selling Happy Meal toys, don't bother us to exert ourselves over this!

You can even see history's effect on SF TV series' themes withint the same series. Compare the first season of Lost in Space, 1965:

Once again, we have Golden Age attitudes: Space was full of adventure and wonder, and we humbly approach the galactic arena, never forgetting that we don't belong there, that we could be killed at any moment by things we don't understand. Even though the show was done in campy style, it still was a serious show.

In the interim, the original Batman TV series launched in the same time slot. Even though Batman isn't SF, it snagged the same demographic. To fight back in the ratings, Lost in Space cranked the campy factor up to 11. Here's the theme change, starting from season 3:

Well, how awesome was that? It's pumped up, epic, sugar-hyped, guaranteeing you that you'll have some exciting, adventurous fun if only you'll munch some popcorn and keep that channel right where it is.

But this marks another change: the Golden Age of SF was well over by now, and we were entering the cynical, cyberpunk era that would take off starting circa 1980. At the beginning of the post-WW2 industrial boom starting in the late-1940s to 1950s, science was a rational discipline that would produce a magical utopia, if only we could be brave enough to conquer it. But by the 1970s, we were over technology progress. We'd been to the moon and found nothing but rocks. We'd been through a presidential assassination, a presidential resignation, and a controversial war or two. TV and the interstate highway system brought us marvels, but after awhile it brought us commercialization and traffic accidents. That's the core message of cyberpunk: That no matter what shiny toys we invent, even if we go to space, we'll still be the same dumb monkeys with the same problems. Lost in Space wasn't there yet, but it could see it coming.

Interesting footnote: While it's a UK series and not the US, consider the 1970 TV series UFO. Here's a whole darn episode to choke down because we couldn't find the theme by itself:

But why not watch the whole thing in all its groovy deliciousness? This looks and sounds like Austin Powers joining Thundercats, but in fact Austin Powers is the parody and UFO was playing it straight. If we told you the opposite, you'd never know. UFO, despite the American treatment of SF TV shows and the apparent campiness of the theme, was actually a very mature and serious show - story lines grew quite heavy and dark for the show's time. Be that as it may, the show's theme tells the whole story - we're here to swing, baby, swing, while eyeballing cool, zany props and the occasional miniskirt.

Finally, we come full circle with just one example from the modern era: Firefly

"You can't take the sky from me" - was there ever a more Libertarian ethos? Firefly brought the science fiction series all the way back to its roots in Western frontier adventure mythology. What pressure suit? We're cowboys! We're independent and answer to no one, not even to Houston control. And at night we'll play our guitars and harmonicas around the campfire on some asteroid and thumb our noses in the general direction of your galaxy. In case you missed it, we went from "Space is forbidden" to "Space is conquered" to "Space is for sale" to "Space is our manifest destiny."

Wasn't that a fast half-century?