Love Songs That Are Just As Quirky As You Are 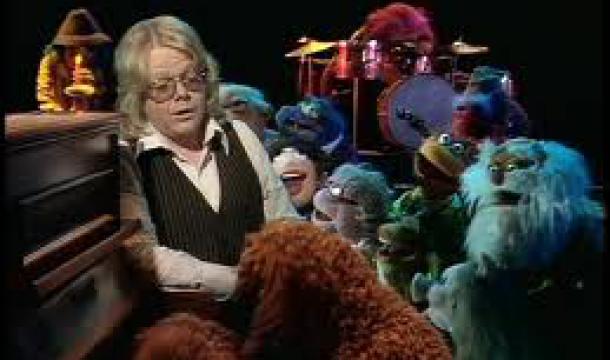 With Valentine's Day just around the corner, we're inundated with the usual media portrayal of romanticized love - sappy, syrupy, and festooned with a Michael Bolton tons of candles everywhere.

But is that really love? No, love is two kooky strangers letting each other into their weird little worlds.

Real love is being buzzed out of your brain on love chemicals like serotonin and dopamine after your first enthusiastic greeting session, so you settle down for The Longest Conversation In The World that takes until dawn. All secrets are revealed; you keep talking while one of you goes pee. You find out each other's favorite food, favorite cartoon character, secret phobia, every stray crazy thought they've ever had. You completely de-construct each other's personality, with your eyes all dilated and buggy. You go over every inch of each other's skin, playing connect the dots with each other's freckles. It's just you two on Bed Island, creating a universe together.

Popular media thinks love is just like all the wedding-planning sections on Pinterest, whereas the rest of us know that the best marriages start out with a $35-dollar storefront Vegas hitch performed spontaneously Tuesday morning without telling anyone, followed by a bottle of tequila.

So in that spirit, we'd like to celebrate a different side of love, the real one, the quirky one.

And of course the Muppet version is the one we picked.

Moldy Peaches : Anyone Else But You

Moldy Peaches got its big shot at fame in the soundtrack to the film Juno, but ever since then they've kind of faded off the scene.

Corniest country song ever. Just keep saying this line over and over: "Remember me, my darling when spring is in the air, when the bald-headed birds are whispering everywhere, when you see them walking southward in their dirty underwear."

Andrew Jackson Jihad : I Love You

Hey, we mentioned serotonin and dopamine back there, didn't we? Nine Inch Nails gets it.

No, we music bloggers will never let Velvet Underground go. And this song stands out for being one of their few female vocals done by "Mo" Maureen Tucker instead of Nico.

There now. Go forth and be weirdos together! And remember, if your partner can't handle you at your craziest, they don't deserve you at your most rational.