The Ten Most Notable Deaths In Music In 2011 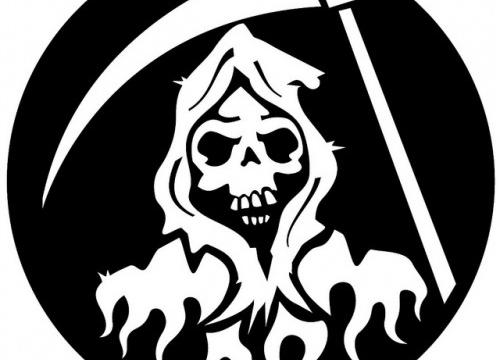 Some years, we lose a big star like Michael Jackson, and the music world demises tend to take over everything for awhile. But 2011 deaths in the music world didn't make many headlines, with a couple of exceptions. Here's the top ten most notable losses of 2011 - some you've already heard, but some you probably missed because it seems there isn't time enough to give everyone their due.

You don't know Barry, but you probably know his work. He was a conductor and composer with his primary venue being film scores. But those films he created music for include Midnight Cowboy, Dances with Wolves, Out of Africa, Born Free, Peggy Sue Got Married, The Cotton Club, and twelve James Bond films, running from Dr. No to The Living Daylights. Plus dozens more films in a career that spanned five decades. If you've even watched movies ever, odds are good you've heard at least some of his work.

Gerry Rafferty was a prolific composer, singer, and songwriter, but his fame was largely in the UK. However, you doubtless know a very, very big single of his which still gets eternal radio airplay today - "Baker Street", the song with the wandering murky lyrics and that blistering saxophone refrain which is the only thing anyone remembers about the song.

Hugh Martin was a composer and writer for both theater and film. His work, as you might guess from his ripe age, is largely fading from fame in the present time, but there's one song of his we guarantee you'll know, and most likely just listened to in the recent Holiday season. That's "Have Yourself a Merry Little Christmas", a Christmas standard - we've mentioned that song here before.

Gil Scott-Heron's main claim to fame is a subject we've just recently blogged here, "The Revolution Will Not Be Televised". But beyond that, Scott-Heron was too cool for school, being part-poet, part-musician, and part-writer. With what was doubtless a kinship with George Clinton, Scott-Heron proclaimed himself a "bluesologist".

This is the story that made the headlines, so we won't dwell on her too much in this list. Tragically cut short, Winehouse's career spanned a mere 18 years, and her fame and talent only showed just how much more she could have done were she not held back by her personal demons.

He was the lead singer and frontman for Warrant. Yeah, you know, Warrant as in "Cherry Pie", "Sometimes She Cries", "Uncle Tom's Cabin", and "Heaven"? Yeah, that Warrant. Cut short at age 47, from acute alcohol poisoning. The story of how grunge music wiped glam-metal, hair-metal, and hard-rock off the face of the world is told very aptly by Warrant's chart history. Before 1991: five songs in the Top-40. After 1991: el zippo, despite continuing to release singles all the way into this year. By the way, an interesting bit of trivia is that Jani Lane was born "John Kennedy Oswald" in February of 1964; President John F. Kennedy was assassinated by Lee Harvey Oswald in November of 1963. Draw your conclusions.

One of the lead guitarists and backing vocalists for Motorhead. The thing that catapults Wurzel into fame is how he made himself such a memorable part of the band, becoming the second face of Motorhead after Lemmy himself. With his rubber-faced mugging, self-deprecating aw-shucks humility, and childlike enthusiasm all hiding a sophisticated artistry, he ended up stealing the spotlight from Lemmy on a number of occasions (no easy task, at all). By the way, his nickname/stage-name comes from his West Country England background, exactly the same as the unrelated band The Wurzels which we've talked about before.

Lieber wasn't the biggest news headline for music deaths in 2011 - but he should have been. You might not know his name, but as the lyricist he was one-half of the famous song-writing and producing team "Lieber & Stoller", with Mike Stoller as composer. Colleagues of the Brill Building era, they wrote hits for Elvis, The Coasters, Ben E. King, Screamin' Jay Hawkins, Peggy Lee, The Drifters, and dozens of other big-ticket names in classic rock history. Their song catalog includes "Charlie Brown", "Down In Mexico", "Is That All There Is?", "Smokey Joe's Cafe" (including the stage musical of the same name), "Yakkety-Yak", and of course Elvis classics including "Love Me", "Jailhouse Rock", "Loving You", and "Hound Dog", their definitive song. Between cover versions and copious use in film soundtracks, TV shows, and commercials, we can confidently state that everyone who can read this has heard at least one song lyric written by Jerry Lieber at some point.

The honorable mentions: Not musicians, but people who impacted music...

British Savile was a DJ and TV personality, whose greatest claim to fame is being the longest-running host of the British music chart TV show Top of the Pops. Americans, just think "the British Dick Clark" and you'll be somewhat close. Savile made a name for himself for being an unforgettable character both on and off-camera, with his trademark shocking-white hair, track suits, gold jewelry, well-worn distinctive phrases, and cigar. He was also a famous philanthropist, raising a total of 40 million pounds for charities benefiting hospitals, infirmaries, and medical research. As if that weren't enough to make him larger than life, he was also a member of Mensa.

Ignore the Internet flames of character assassination that followed Old Turtleneck's demise; Apple has competitors, you know, and said competitors are famous for buying astroturfers and social media parrots to make everybody but them look bad. Apple, for all intents and purposes, granted mankind the modern computer user interface direct from Jobs' and Wozniak's fingertips, and their competitor did nothing but rip Apple off from that day forward until the day after the end of time. True, Xerox and Unix deserve credit for making all the parts, but Apple was the first to put them together into the public's hands. But the reason Steve Jobs belongs on a music blog is because of the iPod, which, despite not being the first portable music player by far, certainly revolutionized how music would be traded and listened to from that day forward. We couldn't leave him out any more than we could leave out the inventor of the phonograph (Thomas Edison).