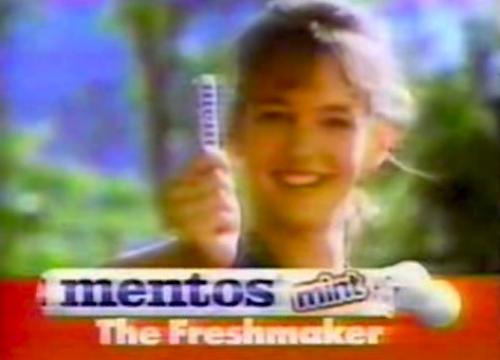 You know what we music websites never pay enough attention to? Commercial jingles! Especially the ones that get stuck in your head and play there over and over when you're waking up in the morning, right between shower and first cup of coffee. Remember, they're an art form too, so we'll be focusing on jingles written to be jingles, not popular songs that get bought to be used in a commercial decades later. Why don't we examine some of these fine pieces of Capitalist art, and perhaps make our peace with one or two?

FreeCreditReport.com - The pirate restaurant one

The company is Experian Consumer Direct, and the singer is Eric Violette. The most famous (and in our humble opinion, the best) of their jingle series is the first one, with a line that made the title for this post. Just start "They say a man should always dress for the job he wants. So why am I dressed like a pirate in this restaurant?" and your brain sings the rest. Aren't those the most gracefully scanning lyrics you ever heard? By the way, Eric Violette is French-Canadian and has an accent, so the commercials are overdubbed in the US. How about the complete lyrics to the commercial series?

You know every word! You know you do. Isn't it pathetic that you can't train your brain to memorize Pi to ten decimal places, but it's allocated several bytes of space so you can hear the Big Red chewing gum TV commercials anytime: "Your fresh breath goes on and on, while you CHEW it, say goodbye a little longer, make it last a little longer..." That was written by New York City ad jingler Peter Cofield and sung by Ryan Devereaux, and it played for twenty years before being retired in 1998. Doubtless, they roll in their money-bed today and laugh at your suffering.

Be A Pepper - Dr. Pepper

Why, we sure do miss those days when a bottle of pop had the power to make whole streets full of people break into spontaneous choreography. This commercial series actually launched a couple of famous careers; both Ray Bolger (the scarecrow from 1939's The Wizard of Oz) and David Naughton (starring role in 1981's An American Werewolf in London) got their start appearing in the "Be A Pepper" commercial series.

By the way, they didn't even have the grace to make the lyrics rhyme. Which is doubly mystifying when you consider how generations of viewers have the song indelibly chiseled into their cerebellums. It doesn't help that each commercial, unique as a snowflake, tells a little tiny story where somebody solves a problem after being inspired by popping a candy. We're just waiting for the one where a kid is making a science fair project volcano, but he can't get it to erupt. So he grabs a bottle of Coke...

"I'd Like To Teach The World To Sing" - Coca-Cola

Did somebody say Coke? We're back to pop again, in both senses of the word, because this song actually went on to be a popular single, charting #1 in the UK and #7 in the US in 1971. It was produced by Billy Davis and performed by The New Seekers, who changed their names temporarily to "The Hillside Singers" just for the single's release.