Five Albums No-One Thought Would See The Light Of Day 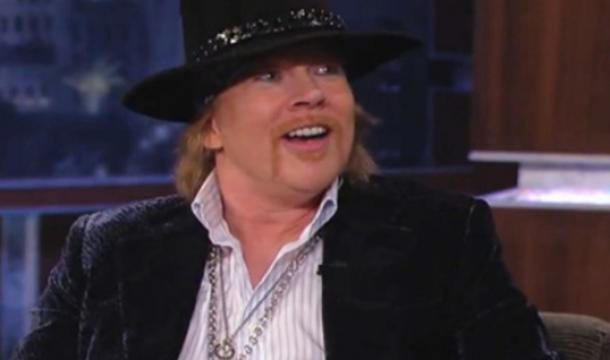 Five years after kick-starting the whole 80s synth-pop revival with their self-titled debut, La Roux finally announced their long-awaited comeback this month with their new album, Trouble In Paradise. Their absence from the music scene may appear lengthy, but compared to some procrastinating artists, the British duo have been positively prolific. Here's a look at five albums whose gestation periods tested the patience of even their most ardent fans, and whether their respective waits were ultimately worth it.

After shunning the limelight for twelve years to raise her family, Kate Bush emerged from her self-imposed cocoon in 2005 with Aerial, an ambitious double album of folk, new age, classical and rock, which far from tainting her legacy, only helped to strengthen it. Featuring tracks dedicated to her son ("King Of The Mountain") and her late mother ("A Coral Room"), the follow-up to 1993's The Red Shoes is arguably Bush's most personal and relatable record to date. But "Pi," a medieval-sounding affair in which she reels off the number in the title to its 138th-decimal place, and "Mrs. Bartolozzi," a stately piano ballad featuring a repeated refrain of 'washing machine,' not to mention the appearance of Rolf Harris and his trademark didgeridoo on the second disc's 42-minute musical poem, proved she remained as brilliantly idiosyncratic as ever.

Guns N' Roses sixth album, Chinese Democracy, arguably needed to be the greatest rock album ever made if it was to justify the fifteen-year wait, cast of thousands and reported cost of $13 million. And while the much-delayed follow-up to 1993's The Spaghetti Incident wasn't a total catastrophe, it still confirmed that Axl Rose, unsurprisingly the only member to survive the band's revolving door policy during the album's troublesome recording period, had forgotten what made the Sunset Strip icons so great in the first place. While 1991's Use Your Illusion sold five million copies in the US alone, Chinese Democracy struggled to pass that tally worldwide.

My Bloody Valentine -- m b v

Shoegaze pioneers My Bloody Valentine virtually revolutionised indie-rock on 1988's Isn't Anything and 1991's Loveless with their heavily distorted wall of sound. So few could have blamed perfectionist frontman Kevin Shields for feeling the pressure to do the same on their third album. However, even the band's most understanding fans had started to lose faith that their near-mythical third album would ever see the light of day until the Irish outfit released m b v unannounced in early 2013. In the end, its nine challenging and completely disorientating tracks offered little concession to any musical developments that had occurred during the 22-year-gap. But while it didn't reinvent the wheel in the same manner as its predecessor, its madness still sounded out of this world.

David Bowie -- The Next Day

David Bowie's 24th-studio album is perhaps more likely to be remembered for the manner in which it was announced rather than its actual content, having arrived without any fanfare whatsoever ten years after 2003's Reality, at a time when most presumed that he'd retired for good. The Next Day isn't as ground-breaking as his seminal 70s work, but home to the likes of "Where Are We Now," a beautifully fragile reflection on The Berlin Years and "I'd Rather Be High," an impassioned slice of psychedelic folk about a Second World War soldier, it's arguably his best since. Reigniting everyone's love for the former Ziggy Stardust, The Next Day not only landed him his first UK number one since 1993's Black Tie White Noise but it also gave him the highest-charting US album of his entire career.

Eagles -- Long Road Out Of Eden

Released 28 years after The Long Run, Eagles' 2007 comeback, Long Road Out Of Eden, is arguably the daddy when it comes to gaps between albums. Take away the references to the Bush administration and their seventh studio effort, which took six years to record, could easily have arrived in the same year as 1979 predecessor The Long Run. However, fans didn't appear to mind the West Coast veterans' lack of progression, nor the slight hypocrisy of releasing an album which attacks corporate greed exclusively through Walmart, giving Henley, Frey and co. their fourth consecutive number one. -