Why "Born in the USA" Isn’t All that Patriotic 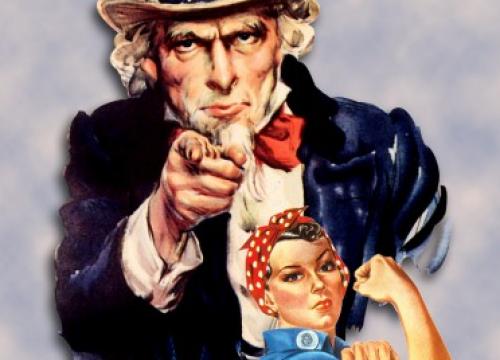 An iconic representation of an entire era and generation, Bruce Springsteen’s “Born in the USA” rose to fame and tremendous popularity as a thunderous, rollicking song about the merits of life in America. Many people since – fans and others alike – have played the song as though they were waving the Stars and Stripes, and it’s a mainstay at political rallies and campaign events around the United States.

This is entirely contrary to Springsteen’s original conception of the song, which he felt inspired to write after receiving a script that relayed the story of a struggling band during the Vietnam War era. Originally entitled “Vietnam,” Springsteen and his producers revised the name to reflect the most popular phrase in the song – “born in the USA” – and effectively changed the conveyed meaning of the song itself. Despite his assertion about the song’s significance as a mirror image of the struggles of returning Vietnam War veterans, patriotic fanfare carried “Born in the USA” on the shoulders of enduring faith in the Stars and Stripes.

Let's set the record straight with this classic of Americana. Let’s start with the first stanza:

And these lyrics are followed by the memorable vocalizations:

… which clearly references and extols the trials and tribulations of the Vietnam War veteran. Given the obviousness of these lyrics, it’s incredible that American rallies and events trumpet “Born in the USA” as though it were a rallying cry for patriotism. Maybe people should listen more closely to the lyrics of the songs they play?

Come back home to the refinery
Hiring man said son if it was up to me
Went down to see my v.a. man
He said son, don’t you understand

I had a brother at Khe Sahn
Fighting off the Viet Cong
They’re still here, he’s all gone

The last stanza represents a clear repudiation of Vietnam War-era policies and public antipathy to veteran needs and the consequences of war. How can this be seen as anything remotely appropriate for a chest-thumping political rally?

Down in the shadow of the penitentiary
Out by the gas fires of the refinery
I’m ten years burning down the road
Nowhere to run, ain’t got nowhere to go

And, finally, the part that everyone remembers –