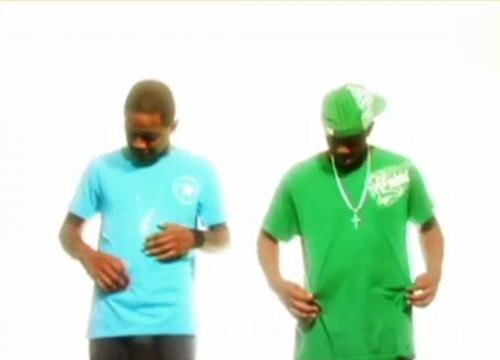 "Where are we going to shoot our video?" Well, we've seen a lot of bands answer that question with "wherever everybody else does". We've seen a few generations of videos now, and may we suggest - oh so humbly - that the following locations and settings are played out?

It's becoming rarer now, but the glaring white background once ruled the studio video world. Now they all look like they're singing and dancing on a web page. Really, it's the ultimate boring cliche, and it's getting to where it says scary things about our culture: Do we all want to drift in a featureless void limbo like the Progressive Insurance TV commercials? Is a featured, colorful background simply too much data for our tiny lizard brains to process? Or do we just want to fry our eyeballs with the hypnotic searing light?

Rooftop concerts were never that good an idea in the first place; they're notoriously troubled productions. They combine acrophobia, public disturbance, logistical nightmares (how do they get rid of pigeons and the passing helicopters and planes?), and risk of police arrest. Yes, they're daring alright, but they're really way more trouble that they're worth.

At first, it seems like a practical idea. Junkyards are easy to get a permit for, nobody cares if you mess the place up, and you can do anything you want. Also, stacks of rusty cars make a nice backdrop. But the place is also full of safety hazards, doesn't really go well with uplifting themes, and... can we mention the obvious? It's a little difficult to stand in front of garbage and not look like more garbage.

This is when they use the special effect of time-altering editing: playing in reverse, sped up, slowed down, lip-synching backwards to the music still playing forwards, and so on. It's like the Photoshop filter of music videos - it's been overdone to death. It's also kind of confusing - are you telling us the video is taking place inside the big time travel room they were building at the end of Primer, or what? And by all means, show us lots of backwards footage of water splashing and birds flying.

The problem with this is that the movie takes over the song and usually insults it. It's pretty obvious that the band has to whore themselves desperately for their tiny bit of money, while the movie barely notices them. Remember Guns 'n' Roses' "You Could Be Mine"? Remember how Terminator 2 was all the way through that video, while having no bearing on the song's subject matter whatsoever? Now how much did the movie respect the song? "You Could Be Mine" is barely heard in Terminator 2 on a radio in a garage for about a millisecond, then switched off.