Your Word For the Day Is Leitmotif - part 4 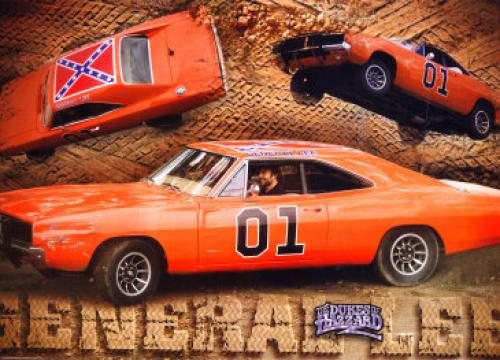 Once again, what is a leitmotif? It's a snippet of music that gets reused over and over in video media, be it film, TV, commercials, cartoons, or even video games. The way it's used is that it becomes a shorthand cue to invoke something specific. A few bars from the leitmotif will play in the background to be the subject's theme or invoke a reference to the subject. For instance, "Here Comes the Bride" is a wedding leitmotif and "Jingle Bells" is Santa Claus' leitmotif.

The teasing part of these songs is that you hear them over and over again, but never know what they are called or where they originated. They become embedded in our culture without anyone noticing it. Ask any fifth-grader to hum some "Egyptian music" and they'll probably hum "Streets of Cairo" (aka "There's a place in France where the naked ladies dance" and a hundred other variations). So this series exists to finally answer that burning question you've always had: "What the hell is that song I always hear?" On to the featured leitmotifs of the day:

To kick things off, I'm sure you've heard the theme from Pulp Fiction:

What, you don't recognize it? Just listen to it for a few minutes, it will click. "Misirlou" is a folk song dating back to the early 20th century. Originally it was Greek, but passed around in various versions through Egypt, Arabia, and the general Mediterranean. You know it better by the shockingly modernized version Dick Dale released in 1962, which turns the tune into surfer rock and thence Pulp Fiction's theme. Anyway, the old version is used to invoke the Ottoman Empire area, while the newer version invokes, duh, surfing.

Instantly recognizable by tune alone, ever if you don't understand the words - too bad, the words might help explain why this boy is thrilled to beans to be plucking this hapless captured bird. Anyway, the song is used for the stereotypical French setting, especially French Canadians.

"Dixie" is the leitmotif for the south-east United States, especially the Bible Belt or Cotton Belt territory. It's also frequently heard in reference to the American Civil War, and anywhere where the Confederate Flag is a common sight. It pops up in everything from Warner Brothers cartoons to commercials, and note also that the "General Lee," the car from the '80s TV series The Dukes of Hazard (pictured above), has both a Confederate Flag painted on the roof and a custom musical horn that plays "Dixie"! The folk song (and region) is named after the Mason-Dixon Line, dates back to the Civil War era and traveling blackface minstrel shows, and might have even been written by a damned Yankee! Be warned, the song is seen as politically incorrect in this day and age for romanticizing black slavery.

Performed with aplomb by this class:

Used to invoke Mexico, of course, especially in the US, and especially in commercials for Mexican food. Somewhat more stereotypical even than "La Cucaracha." Also gets some heavy soundtrack use to suggest "chicanery," by association with Chicanos, the actual term for US citizens of Mexican descent. But "chicanery" means a tricky, deceitful, wily, crafty, or sly performance, such as several people hustling at once to pull off a heist or a fast con. Even appears in print - in the Heinlein novel The Cat Who Walks Through Walls, a character refers to an entire restaurant's act of quickly and efficiently making all evidence of a murdered patron disappear as a "Mexican Hat Dance."

As American military bugle calls go, most people can identify "Reveille" (rise and shine!) and "Taps" (lights out, and also funeral), but few who have never been in the service can correctly name "Colors," the call traditionally issued when raising the flag. It's also used quite extensively in any media depicting the US military, sometimes mistakenly played for a mess hall call or a call to charge. No really, there's dozens of these bugle motifs, and here's the Wiki on them so you never mix them up again.

This one has a variety of uses. First, it's the leitmotif for elephants, and usually a circus in general by extension, sometimes played when they're setting up or breaking down the tent. It's also used to invoke an elephant-like gait for clumsiness, awkward action, drunkenness, balancing a precarious load, and so on. Composed by the ever-amazing Henry Mancini, who penned more leitmotifs than you can shake a trunk at. It was custom-made for the classic 1962 John Wayne film Hatari, about big-game zoo-keepers in Africa.