I Hate My Genre! - Songs which mock their own subculture 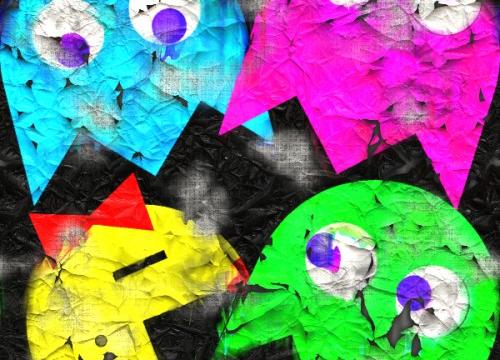 There's a film out there (done in both 1997 and 2008) called Funny Games. It's kind of a horror film but kind of unclassifiable - the film has a pair of psychopaths invading and torturing a family, all the while breaking the fourth wall by turning to the audience with smirking contempt to openly mock them for wanting to watch such trash. Thus, it insults the people who like it.

And then there's the music version.

Usually, this is done as a parody song. Ironically, parody songs are often the best examples of a given genre's style, since in order for the parody to be recognizable, all the hallmarks of the style have to be exaggerated. Think of having the Cookie Monster from Sesame Street do the vocals for a death metal song, and you're pretty close.

With the title and lyrics like "...the bands are only in it for the bucks, and if you don't believe me you're a schmuck...", it's hard to miss this one. Ska fans laugh and dance along anyway.

This one's also hard to miss. Yet it's Zappa's second-highest charting single on the Hot 100, and that's thanks in part to it getting heavy play in discos at the time.

Rice is actually a Christian contemporary artist himself, who noticed the Christian culture's tendency to "make a Christian version of everything," and the commercialization of gospel rock in general, and decided to parody that. The song poses the hypothetical question "What if cartoons got saved?" and then answers that Fred Flintstone would say "Yaba-Daba-Hallelujah"... and so on for many characters. The irony sailed right over audience's heads as they called out for the song and imitated the character's voices. Rice has disowned the song in disgust.

Kevin O'Donnell in Rolling Stone pegged it: "Time to Pretend' is a space-rock gem that mocks the cliched coke-and-hookers rock-star lifestyle..."

Specifically, it's about how artists in other genres who discover their careers to be failing will turn to country music as a last-ditch bail-out. By extension, that implies that country music is for losers who can't do anything else. Doesn't stop Texans from line-dancing to it in the least.

I'm on a Boat - The Lonely Island

You can't miss this, and it's also pretty hard to listen to, even if you really like it. Done deliberately crude, vulgar, and laced with gratuitous foul language, it also features an annoying autotuned 'bot on backing vocals. By the way, making parody music is The Lonely Island's whole career.

This time it's done by an outsider (Sobule is an outspoken liberal folk singer), and is this ever a punch right in the gut! Sample lyrics: "And our lord loves this country, he's with you at the polls, He knows the lever that you pull, He's keeping track of souls." It is a parody of the whole "religious right" culture, dripping with hate and contempt in every verse, and yet again you hear this played at Baptist tent revivals and Republican political rallies, with little kids singing along.

Bonus section; Beyond doing this for just one song:

Any song from the album Thick as a Brick - Jethro Tull

Slightly miffed when critics declared Aqualung a concept album, Ian Anderson declared "If the critics want a concept album we'll give the mother of all concept albums and we'll make it so bombastic and so over the top." The irony was lost once again as the album sailed to the top of the charts.

Anything by the band I Hate Myself

Not only were the songs parodies, but the albums were just named after the number of songs on each one, the song all had ridiculously long titles like "Caught in a Flood with the Captain of the Cheerleading Squad," and then, of course, there's the name...

A case in point: Venom, who were a seminal influence on thrash, black, speed, and death metals. But when they did the Satan-worship stuff, they were kidding. No, really, Conrad Lant explained the Satanic themes thusly: "This is the devil's music, apparently, so let's make it so." A lot of the original heavy-metal groups who wove Satanism into their work were doing it for a goof, until the whole scene matured a couple of generations and took it dead-serious.