5 Classic Love Songs that Stand the Test of Time 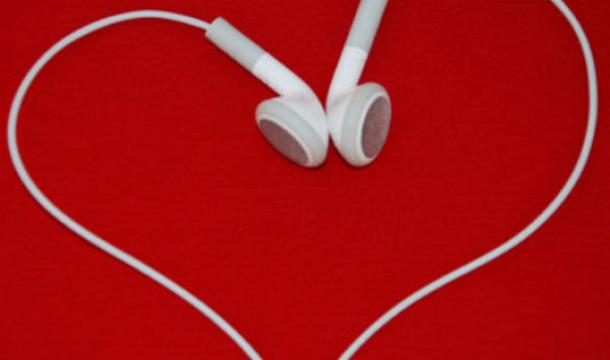 Love. It can make you feel like a million bucks or tear your poor little heart right out of your chest. It's wonderful, it's terrible, and there have been a gazillion songs written about it. We enjoy a good love song as much as anyone else, and we've decided to go a little old school with our list of 5 Classic Love Songs that Stand the Test of Time.

Where to start with this one. "Without You" is a song that damn near everyone has heard, and it's been covered over 180 times since its original release way back in 1970. The song was composed by Pete Ham and Tom Evans of the group Badfinger (who later killed themselves), and as you'd expect, love played a big part in its conception. While Ham and Evans wrote the song, the song didn't become a bonafied hit until Harry Nilsson covered it a year later. You've probably heard Mariah Carey's version as well which tore up the charts in the 1994, but never hit No. 1 in the US oddly enough. Nilsson's killer version of the song was the only one to hit the top of the charts and it did it in several different countries upon its release.

Played at countless weddings and Obama's inauguration, "At Last" is a song that still holds up well today. The song was written in 1941 by Harry Warren and Mack Gordon for a musical film called the Orchestra Wives. In 1942 new version was recorded that charted, but the song didn't really find its foothold until Etta James put her voice to work on the tune in 1961. -If you've been to a wedding reception or watched a commercial in the past 30 years, there's a good chance you've heard Etta's version of At Last, and it's definitely a love song worthy of a spot on our list.

The Beatles are responsible for some of the greatest songs of all time, and "Something" is widely regarded as one of their best by a lot of fans. The song was written by George Harrison, and while he initially dismissed the song it was held in high regard by Lennon and McCartney. The song was believed to have been inspired by Harrison's wife (at the time) Patty Boyd, but Harrison later said he was actually thinking about Ray Charles at the time the song came to life. Needless to say, the song went on to become very, very successful. Something has been covered well over 150 times, and the BBC declared it the 64th-greatest song ever well after its initial release.

When you think of "classic" American music Elvis and The Beach Boys certainly come to mind. The Beach Boys entry onto our list comes in the form of "God Only Knows" from the hit album Pet Sounds which was released in 1966. Brian Wilson played producer and composer while tony Asher handles the lyrics and Carl Wilson took the lead vocals. What they produced was magical and a bit unusual with a whole lot of instruments in the mix including a Flute, French horn, a Hammond organ, and an Accordion. God Only Knows is a song that makes you think about the people that make you who you are, and it's a song that still strikes a chord in a lot of us 40 years later.

The First Time Ever I Saw Your Face

"The First Time Ever I Saw Your Face," has been around since the 50s, and while it's been sung by many artist over the years I think most folks would agree Roberta Flak's version is the best cover to date. It's a song about love, but you might not know that originally it was a folk song penned by a British fellow by the name of Ewan MacColl. MacColl wrote the song for Peggy Seeger while they were lovers... the only problem is that Peggy was married to someone else at the time. It's also worth noting that MacColl has gone on record as saying he "hated" every cover version of the song aside from the original and called them travesties.