This Songlist Will Make You Hungry 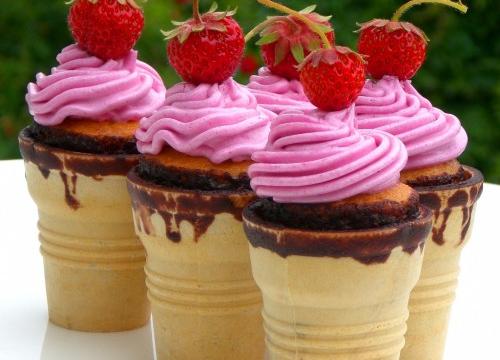 Well, when it comes to universal things that unite all people of every color and creed, you can't beat food, can you? And food makes a great subject for music - everybody can identify with it, you can sing about foods you love or hate with equal enthusiasm, and you never have to take yourself too seriosuly if you don't want to. So, dieters steer clear, here's a high-calorie list of notable munchie-music.

A jump-blues example from 1949, and probably with blues-standard roots going farther back than that. Today it's known mainly as the theme music to the TBS TV network's show Dinner and a Movie.

This song paints a scene at a late night diner, with the first line "Nighthawks at the diner" even evoking the famous 1942 painting "Nighthawks" by Edward Hopper. The eggs and sausage are just part of the menu, while the lyrics go on to use food and diner aspects as metaphors for a disconcerted affair.

Actually, it was originally by The Strangeloves in 1965. And also, it's really more a boy-crazy song by the all-girl band, with wanting candy when "it's wrapped in a sweater." But its such a simple ditty anyway, with its Bo-Didley beat.

As you might guess, this is another song that uses food as metaphors for sex. And he's "guaranteed to satisfy"! Originally this song is by John Brim (1922 - 2003), a blues guitarist from Chicago.

Not much to this song; the chorus is just "salt peanuts, salt peanuts" with lots of instrumental. But it's worth a listen, especially if you like bebop, because this is a jazzy, catchy little arrangement that's as charming and innocent as it is technically brilliant.

This easy-beat lounge song was recorded by Doris Day, but never seemed to get much of anywhere. Listening to lyrics like "You can have the fourth position on my list; Must admit your kisses would be missed. But how in the world could I exist Without tacos, enchiladas and beans?", you almost get the feeling that this could have been the theme song to Frasier, but they just missed it for "Tossed Salads and Scrambled Eggs." And there's another song about food!

The uber-food song of all food songs, this is Weird Al's parody of Michael Jackson's "Beat It." It's got to be one of his most famous parodies. The lyrics are hysterical in that they fit the meter of the song perfectly, but instead it's "Have a banana, have a whole bunch; it doesn't matter what you had for lunch!"