All Grammy, No Oscar - Five songs from films where the song was a bigger success than the film 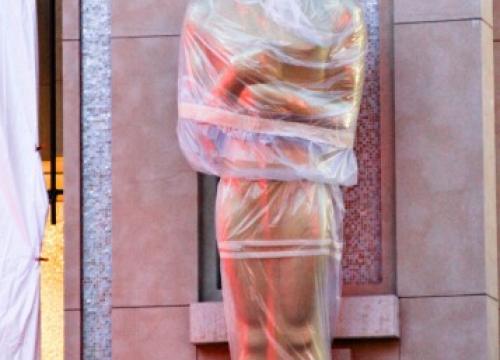 Remember the film Terminator 2? Sure, who doesn't? Now remember the Guns 'n' Roses song from it? Ah, that's a bit trickier. It's "You Could Be Mine" from their Use Your Illusion double album, originally released as a video that tied into the film. The film outlived the song. But what we're talking about in this post is the exact opposite. This will be songs that outlived the fame of the films they were originally produced for, breaking away to have a life of their own.

Probably one of the strongest examples. Pat Garrett and Billy the Kid was a 1973 Western directed by Sam Peckinpah. While the film had everything going for it including a stellar cast, it was plagued by studio problems and Peckinpah's alcoholism, resulting in a botched release that sank the film's chances. Bob Dylan, however, made out like the proverbial bandit, being brought in to score the film and even play a small part. "Knockin' on Heaven's Door" was written for the film, but has since lived on to become one of the greatest rock hits of all time, covered and released numerous times by such greats as Guns 'n' Roses, The Grateful Dead, Eric Clapton, and U2.

Film: Rugrats in Paris: The Movie
Song: "Who Let the Dogs Out?"

The animated feature of TV's cartoon kids was a major success, making back triple its production cost in box office, but was largely only seen by the target market of kids. The song by the Baja Men, however, ran off to become a huge hit with audiences in every demographic. It's still a standard at sporting events, for instance.

Film: Maximum Overdrive
Song: "Who Made Who?"

Every AC/DC fan knows this song, which still gets regular airplay. The film, however, is virtually unheard-of. It was based on a Stephen King short story Trucks from his short story anthology Night Shift, in which vehicles take over the world and start mowing down humans. The film itself was a flop, being King's only directorial effort, and even King himself panned the effort in interviews. While the film does have a cult following today as a B-grade popcorn-muncher, the song has outlived the film by any measure.

Film: The Woman in Red
Song: "I Just Called to Say I Love You"

The film itself was pretty successful; it's Gene Wilder's 1984 comedy about infidelity that is said by some to be one of his finest works. But it's only remembered today by people who still remember the mid-'80s. The song, however, netted Stevie Wonder both a Golden Globe and an Oscar for Best Original Song, paving the path for enduring fame. It became a worldwide hit, taking the #1 spot on the US Hot 100, AU ARIA, UK Singles, plus a dozen other charts. To this day, it's one of Stevie Wonder's signature songs.

The film was a 1995 drama with Michelle Pfeiffer getting hired to teach high school in a dangerous ghetto school, with the usual Blackboard Jungle cliches about criminal kids and a tough-love teacher. It came and went. The song by Coolio, however, trumped the charts and garnered him several awards. It also got the parody treatment from Weird Al Yankovic ("Amish Paradise"), controversial at the time because Coolio didn't have a sense of humor about it.